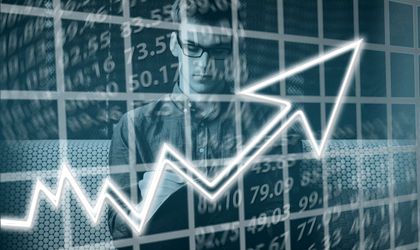 Estimating the value of a company is a crucial step when investing in the financial markets as it allows investors to determine if the price the market is currently asking for the business is fair based on its earnings and cash-flow generation capacity and other factors.

For decades, business professionals have worked tirelessly to devise different methods to determine the “fair value” of companies with some being relatively more successful than others when measured by the average return on investment they have managed to produce over the years.

In this article, we take a closer look at the 5 most common approaches to value a company for those who are wondering how to invest in stocks in a challenging environment such as today’s.

Fundamental analysis is a technique pioneered by Benjamin Graham, a professor at Colombia University, who wrote a book called “Security Analysis” and a sequel called “The Intelligent Investor” that are considered the pillars of this particular approach.

This type of analysis consists of going through a firm’s financial reports to determine its value based on how much cash the company is producing from its core activities. Graham’s first goal was to determine the liquidation value of the firm – how much the market would pay for the firm’s assets if its operations were to be shut down.

However, he later on refined this technique to incorporate qualitative variables such as the company’s growth prospects and market leadership as they can also play a key role in shaping the future value of the business.

Technical analysis consists of using mathematical indicators and charting tools to assess the price action of a stock as a way to determine where the price might be heading in the future.

This approach is only applicable to publicly-traded companies as there has to be a historical price chart that displays how the price of the stock has fluctuated over time. Chart patterns and trends are typically identified by using technical analysis and based on those findings help the investor in judging if the price is poised to go up or down.

Big corporations are typically made up of multiple business units. Each of these units has its strengths and weaknesses and they tend to cater to different audiences, needs, and segments of the market.

One interesting approach adopted by seasoned investors when valuing a business is to determine the value of each unit as if they were a standalone business instead of being part of a conglomerate.

Once their individual value is estimated, they can sum all the parts and arrive at a definite value for the parent company as a whole. If the market price of the business is below that value, the company is considered undervalued and there could be an opportunity to generate gains down the road once the market identifies this anomaly and corrects it accordingly.

The discounted cash flow model, also known as DCF, is a mathematical method that aims to determine the value of a business by estimating the present value of its future cash flows.

Cash flows are defined as the sum of a firm’s profits plus all non-cash expenditures reported on its income statement along with other adjustments. The DCF model estimates the amount of cash that the business will produce in future years and uses the applicable expected rate of return for the company based on its perceived risk to “discount” that amount to present time.

The sum of all discounted cash flows is considered the fair value of the business in the present and, if the market value is lower than that, the company is considered to be undervalued and hence the stock could be deemed as attractive by an investor following this approach.

The liquidation value of a business is estimated by determining the fair value of all its assets to then deduct all current and non-current liabilities. The resulting figure is the amount that shareholders would get in the event that the firm goes under water.

Even though this approach is more commonly used when a company goes bankrupt, it can also be adopted to determine a business that is in full operation. If the market price is below the liquidation value, investors could theoretically buy the company and close it at a profit by getting rid of all of its assets at their respective market prices. Even though that sounds plausible, pulling this stunt in practice can be easier said than done.

In today’s challenging environment, understanding how the value of a business is typically determined can be crucial to identify the best opportunities out there to take advantage of the downturn to buy great stocks at prices that are below their fair value as estimated by any of these approaches.