25 years of BAT in Romania: A total contribution of over EUR 125 billion to the economy 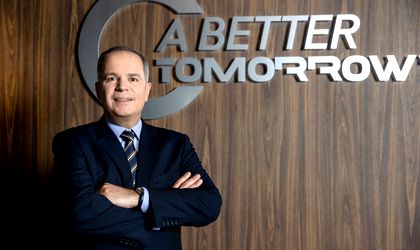 BAT, the largest tobacco company in Romania, has contributed over 125 billion euro to the economy during its 25 years of activity on the local market.

Out of this amount, the company has paid almost 24 billion euro directly, or close to 1 billion EUR per year, as excises and other taxes, salaries, and other local expenses. The analysis of the overall economic impact the company had between 1996 and 2020 was carried out by the independent consultancy group Civitta.

In 2020, BAT became the largest taxpayer in Romania and is the largest player on the tobacco market, with a share of over 50%. The group’s factory in Ploiești exports around 60% of its products to tens of countries around the world. In addition, in 2018, BAT Romania took over the coordination of BAT’s operations in six other countries in Central and Southern Europe, with Bulgaria, Hungary, the Czech Republic, Slovakia, Ukraine, and the Republic of Moldova reporting to the BAT leadership team based in Romania.

“Our 125 billion contribution to the Romanian economy is the result of our continuous investment here. Since 1996, when we laid the first brick at our factory in Ploiești, we have invested over 500 million EUR in creating one of our group’s biggest and most advanced production centres in the world. Since 2018, Romania is one of the major suppliers of consumables for glo, our reduced-risk product, for the entire European Union, showing our commitment to deliver A Better Tomorrow by reducing the health impact of our business”, said Fred Monteiro, Central Europe South Area Director. 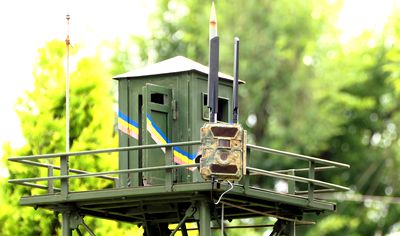 BAT is also one of the largest employers in Romania, with over 3,000 well-paid jobs created in the three entities it operates locally: the tobacco factory in Ploiesti, the national distribution company and the global business services center. Since its establishment, BAT has witnessed an eightfold increase (800%) in its number of employees in Romania. The growth was steady, at an average of 10% each year. The company also creates another 30,000 jobs indirectly, due to its value chain. The average tenure of an employee at BAT is over 7 years, which shows that BAT employees value the work environment.

„The number of BAT employees has been constantly on the rise. Our commitment to Romania is also proven by the fact that over the past 5 years we have created an additional 1.000 jobs here, mostly in our factory and in our global business services centre”, said Fred Monteiro, Central Europe South Area Director.

“This year we mark 25 years from the launch of the Romania – USA Strategic Partnership, that brought our country in the safest security position in its entire history and impacted all the critical areas for developing it into a state governed by the rule of law and a functional economy.

We also mark 25 years since BAT invests here, becoming a strategic employer, a sustainable economic partner and the largest contributor to the state budget. This year, we salute BAT’s role in in the economic development of the country, in attracting additional investments and opportunities for Romania and the company’s contribution to the entire structural development in the last 25 years. I particularly appreciate BAT’s support of the cultural and scientific research programs”, said His Excellency Emil Constantinescu, President of Romania (1996 – 2000).

The research conducted by CIVITTA in order to estimate the economic footprint of BAT is based on two information flows that allow the positioning of BAT in the national economic system. On the one hand, the analysis is based on the company’s internal data, regarding its expenses in the national economy, through suppliers, salaries, taxes and products sold on the Romanian market. On the other hand, the interactions between the economic sectors of the Romanian economy are analyzed.

“The methodology we used aims to take the data on the company’s activity – sales, profit, employees – and to translate it into a broader context, at the level of the national economy. Every company pays taxes to the state budget, generates profit and pays employees’ salaries. These amounts contribute directly to the local economy, in turn supporting other types of spending and investment. When talking about one of the companies with important contributions in terms of taxes in Romania, we see that the impact is much greater than that through taxes – economic activities are sustained beyond its own sector of activity, with multiplication effects difficult to notice without putting the company’s activity in a broader context”, said Silvia Ursu, Associatted Partner CIVITTA Romania.