Kiwi.com – Where to travel this August to avoid crowded airports 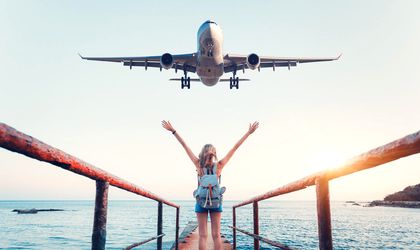 People are travelling extensively in the summer of 2022, and Romanians, who made it in the top 9 nationalities travelling this August globally, are no exception. Since demand for travel is high while airports and airlines are suffering from staff shortage, there has been an increase in flight cancellations and airports continue to crowd.

According to data provided by Kiwi.com*, the top 3 airports booked for August are Luton, Milan Bergamo International and Brussels South Charleroi, while the highest number of cancellations so far is registered in Luton, the Vienna International Airport and Santorini (Thira) National. Athens International and Gatwick are also contenders in the top airports recording high cancellation numbers for the month of August.

Travellers could try alternative vacation destinations to avoid the risk of cancellation or delayed/lost baggage. Among the airports that are having low number of cancellations are Zaragoza in Spain, Corfu International – Greece and Istanbul – Turkey.

August is the least busy month of the summer for travelling on Kiwi.com. Romanians are travelling 38% less than in June, and 40% less than in July. Kiwi.com data shows that the first week of August is the busiest week of the month for travels from Romania to other destinations, with a drop of 24% for the second week and 43% for the third. However, this can change as Kiwi.com data shows that this summer, 47% of Romanians buy their tickets less than two weeks before departure, of which 11% buy them four to six days before departure and 19% just three days or less before the departure.

Between June and July 2022, Kiwi.com recorded an airline cancellation rate of 4.07% in Romania, compared to 1.39% rate during the months of April and May, while in August it is at 2.83%. The summer numbers are expected to decrease significantly during the autumn months when the demand will drop, with September so far seeing a 1.83% cancellation rate. An increased voluntary cancellation rate by passengers has also been monitored: compared to 3.65% during April and May, during the past two months, it grew to 4.8%. In August so far it is at 2.17%, while at the moment September is at 1.41%.

ISIC partners with Kiwi.com to support students with travel discounts

Kiwi.com: Romanians are choosing city-breaks for their off-season travels