5 picturesque places to visit in Romania this fall 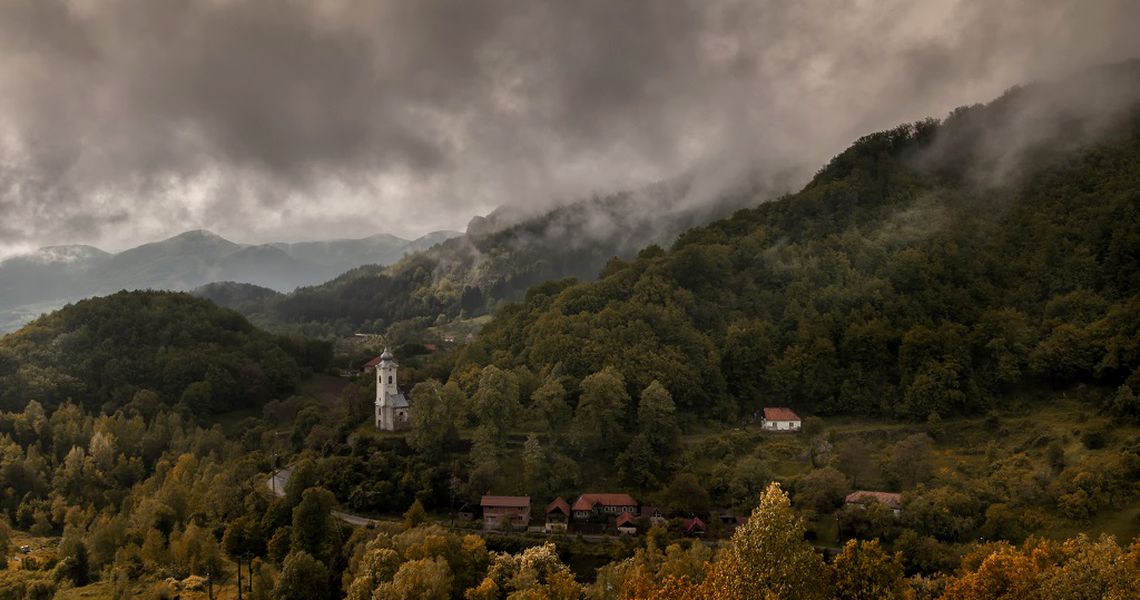 The fall season is a great time to travel in Romania, as temperatures get milder, but not too cold, and the summer crowds tend to make way for a more relaxed atmosphere in some of the most popular destinations. Below is a list of five wonderful places you could visit before winter sets in. Sighisoara is one of the most beautiful and well-preserved medieval citadels in Europe and one of the few fortified towns that are still inhabited today.

The citadel was built in the 12th century and it was designated as a World Heritage Site by UNESCO. It was the birthplace of Vlad the Impaler, who ruled the Walachia province in the 15th century and inspired the famous stories about Count Dracula.

Important landmarks to see in Sighisoara include: the Citadel Square, the Clock Tower, the Church of the Dominican Monastery, the Church on the Hill, Vlad Dracul’s House, the Ropemakers’ Tower and many more. Locals of the Danube Delta say the fall is the best season to visit the area. Temperatures are still mild and pleasant, accommodation prices are lower than they are in the summer, and you will be amazed by the delta’s fall colours. If you go at the right moment, you can see the migratory birds preparing to take off to warmer lands for the winter, which is a spectacular display. Sibiu can be a great city break destination in any season, but the fall colours will make it even more charming than usual. Its historical center features buildings that were built by German settlers and Merchants during the Middle Ages, which house museums, cafes and restaurants where you can try out the best Romanian dishes. Sibiu’s location also provides you with the opportunity of visiting the nearby natural sights: two natural reservations, seven natural parks as well as the Paltinis resort, the oldest in Romania, can be easily explored from Sibiu. Villages in Sibiu County are also known for their well-preserved architecture and traditions. Sacaramb is a village about 20 km away from the city of Deva in Transylvania that not many Romanians know about, but locals say it attracts a surprisingly high number of tourists from all over the world. The tiny village has a rich history: it’s said that the first mining university in Eastern Europe was founded here by the Austro-Hungarian king Hanz de Hunwalt, but it was demolished due to the political conflicts of the time, and the only proof it ever existed was an official letter sent to Alexandru Ioan Cuza. Sacaramb also became famous among scientists worldwide thanks to the complexity of its natural resources and the rare minerals it was hiding – six of those minerals were actually first discovered here, as well as a new element on the periodic table – tellurium.

The area around Sacaramb, made up of beautiful mountains and forests, has a lot of attractions you can visit within a 30-50 km radius, including small cities like Deva, Hunedoara or Hateg as well as dozens of natural wonders – the most effective way to find out its secrets is by asking a local to guide you to the best spots. This area would make a great day trip from Bucharest, since it’s no more than two hours away. The river Doftana creates a spectacular scenery, along with the Paltinu lake, bordered by the 108-meter Paltinu dam. There are plenty of beautiful guesthouses in case you need accommodation, but the most popular way of spending the night is by camping near the lake. This is truly a place to escape the stress of the city and find some peace in nature.