TOP 10 most expensive weddings in history 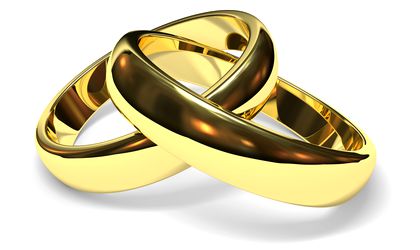 Wedding ceremonies can cost more than the GDP of a small country, in some cases. For the elite few, weddings should be lavish and grand. According to financeonline.com, the costs of the most extravagant weddings start at USD 2 million and go over USD 100 million.

The Royal wedding of the year, between Prince Harry and Megan Markle, will cost more then USD 45 million, according to the British press.

Music diva Christina Aguilera and music label executive Jordan Bratman got married in 2005. They held the ceremony in a tent erected in the middle of a vineyard in the Napa Valley. The wedding came after Bratman’s very romantic proposal where he filled a hotel room with rose petals, balloons, and gift boxes, one of which contained the ring. British model-actress Elizabeth Hurley tied the knot with Indian businessman Arun Nayar twice. The first was in 2007 which was held at the Sudeley Castle in England. The second time was at the Umaid Bhawan Palace in Jodhpur, which was done in accordance to Nayar’s Hindu tradition. The couple even flew in Elton John to perform. Music legend Paul McCartney and entrepreneur Heather Mills got hitched in 2002 at the castle in Ireland. The ceremony was attended by 300 guests, who then had to put up with a vegetarian menu at the lavish reception that followed. Hollywood legend Elizabeth Taylor met construction worker Larry Fortensky in a rehab facility where both checked in for their drug problems. In an interesting and unique love story that captured a lot of people’s attention, the couple married in 1991 at Michael Jackson’s Neverland Ranch. The ceremony was a star-studded event with celebrities like Liza Minnelli, Eddie Murphy, and Macaulay Culkin among the guests. If you’re the daughter of the former president of the United States and former US Secretary of State, chances are your wedding will be far from simple. Chelsea married investment banker Marc Mezvinsky in a grand wedding ceremony at the Astor Courts in 2010. The venue provided a serene and romantic view of the Hudson River. Footballer Wayne Rooney of the Manchester United and Coleen McLoughlin made their vows at the Abbey of Cervara near Genoa in Italy in 2008. Serenading the couple and the guests was the Irish boyband, Westlife, which cost $670,000. Ronney chartered five private jets to fly 64 of their guests to the wedding. While the ceremony was lavish, the couple had little help in paying the bills as a magazine offered $4.2 million for the exclusive rights of the wedding photos. The first of the two royal weddings in the list, Prince William made Kate Middleton his wife in 2011 in what was dubbed as “The Wedding of The Century”. Done the regal way deserving of England’s future King and Queen, the ceremony was held at the Westminster Abbey. After which, the couple paraded through the streets of London in a horse-drawn carriage. Vanisha Mittal is the daughter of Lakshmi Mittal, one of the richest men in the world. Not surprisingly, her wedding to Amit Bhatia is one of the most extravagant ever. The wedding was held at the historic 17th century Chateau Veaux le Vicomte near Paris in 2004. An engagement ceremony prior to the wedding took place at the Palace of Versailles.

International recording artists and actress Kylie Minogue was paid $330,000 to perform for just half an hour. Princess Diana’s wedding gown was covered in 10,000 pearls an had a 25-foot train.