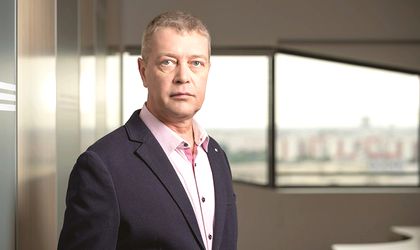 With the end of the state of alert in March this year and the elimination of restrictions on traveling, distancing or socializing, Romanians began to manifest themselves in an expansive and voluble way, and going out in the open air, in the city or vacation became frequent activities in the post-pandemic agenda.

This general optimism and the desire to leave the house is also reflected in the way Romanians have spent their personal finances in the last three months.

According to an analysis performed on Global Payments’ own payment terminals, the largest provider of payment services and technology in the world, in terms of the number and volume of card transactions between March and May 2022, Romanians spent 90% more money in hotels and 36% more in restaurants than in the same period of the previous year, in the midst of a pandemic.

The desire to get out of homes, make trips or travel, spend time with friends or look for outdoor experiences is also evidenced by the value of card transactions made in travel agencies, which also increased by 28%, compared to March-May 2021.

“The fact is that the pandemic has significantly changed the way we make payments and what we spend our money on. Our customers started paying a lot more with the card, even in areas where he didn’t used to do that.  Now, they can also tip with the card.  Last year, the hospitality industry and restaurants had an unexpectedly good period. At the peak of the main season, in August, over 14,000 transactions were made daily through Global Payments terminals in restaurants in Romania, which represented sales of 40,000 euros per day. This year, we expect these values to be exceeded over the summer, because, despite inflation, Romanians have begun to consider going out in the city and holidays as essential activities”, said Cătălin Moise, Country Manager Global Payments Romania.

Despite these significant increases in card transactions, Romanians have nevertheless kept their budget mentality tempered during the financial challenges during the pandemic. Especially, under the threat of rising inflation, which they face daily.

According to the tracker that analyzes monthly the emotions and changes in the consumption behavior of the Romanian buyer, developed by the Data Intelligence department, within Publicis Groupe Romania, the percentage of those who say they have bought only essential products to keep the family budget intact has steadily increased in the last 3 months, reaching 92% in May. 60% of respondents said that the first measure taken to combat the effect of inflation is to reduce consumption.

According to Global Payment, in March-May 2022, Romanians reduced to almost half (46%) the expenses made in grocery stores and supermarkets. If this year, between March and May, they made card transactions of about five hundred million lei (552,081,344 lei ~ 110.4 million euros), in the same three months of 2021 they already exceeded the billion (1,026,612,771 lei ~ 205.3 million euros).  Basically, after the pandemic, Romanians reduced their meals at home, in order to afford a dinner in the city.

The same analysis, made by the Data Intelligence department, within Publicis Groupe Romania shows that the activities of leaving home/going out to the city (including meals taken at restaurants or in public places) are considered essential of 39% of general consumers, with the highest percent between the 18-24 age group (50%).