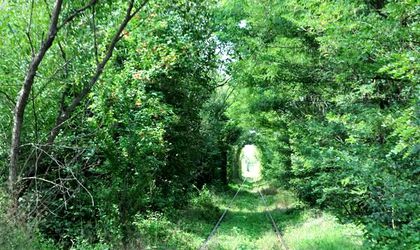 No matter how much you have explored the country far and wide, in the mountains, at the seaside, in the capital or in the big cities, where festivals, traditions or landmarks remain relevant, there are still places that not many Romanians know about.

As the day is long in the summer, but the holiday period is limited, the weekend remains a good opportunity to cross the country. In order to make such a day or weekend escape easier, the team behind the free search engine momondo.ro has selected six less known places in Romania. To get there, you will probably need a car, train, bicycle or even just a short walk.

Situated at the foot of the Trascau Mountains, surrounded by all parts of granite stretches of up to 600 meters and by a landscape that is no longer picturesque, Rimetea was awarded the title “Europa Nostra” by the European Commission. Beyond the superb nature that surrounds it, its architecture has been carefully preserved in the 19th century nuances.

A place appreciated at the European level, whose only creators are nature and the passage of trains, this tunnel has not really been promoted as a tourist destination, but it has gained popularity in the online world.

Enrolled on the list of hidden treasures in Europe, it was discovered from pure hazard, by a couple of photographers who have spread images from the scene with the help of the internet.

Located in a setting as the name of the Zanelor Valley itself suggests, the Clay Castle has begun to emerge from the hands of a family no sooner than 2014. It sold all its savings plus the house in Bucharest because this castle was taken out of fairy tales to be part of reality. The Clay Castle is entirely made of natural materials, in a place where you can completely forget about your troubles. It has the Fagaras Mountains on one side and the other, the blue sky above and flowers all around it. The roof of the Castle imitates the heights of the mountains and, in fact, the construction altogether reminds of the Catalan artist Gaudí and his skill in finding the point of encounter of nature with architecture.

There are treasures waiting for us to discover them just two steps away from us – we just need to give them the attention they deserve. The Coral Temple in Bucharest, a stone’s throw from Unirii Square, was built after the Tempelgasse Synagogue in Vienna, making a contrasting note with the grayness of the surrounding buildings. Those who came here talk about the fine decorations, the gorgeous stained glasses, the inscription symbols, the courtesy of the staff and the striking resemblance of the exterior with that of a giant castle of sand.

There is much to say about this water expanse, but we believe that “a wonder of Romania” fully describes it. It’s not just a flower in your ear to get here, but on the other hand, the place remains authentic, unattended by bars and shops (it would help bring home all the meridians) and unseen by too many eyes.

It is also said that the landscape brings with the Mediterranean, and the result of the rains that gave rise to this turquoise piece in an old caolin exploitation area is a recent one.

Legends say that the water of the lake does not freeze even in the ruptured head, and the temperature stubs to stay somewhere between 4 and 8 degrees Celsius. Whether they are more or less rooted in the truth, the reflections of blue in the atmosphere of the place are how it can not be more real.

As soon as you get here, you are rewarded with two other surprises in nature: Bigar Waterfall and Beusnita Waterfall. These, together with Ochiul Beiului, are part of the National Park Cheile Nerei – Beusnita.