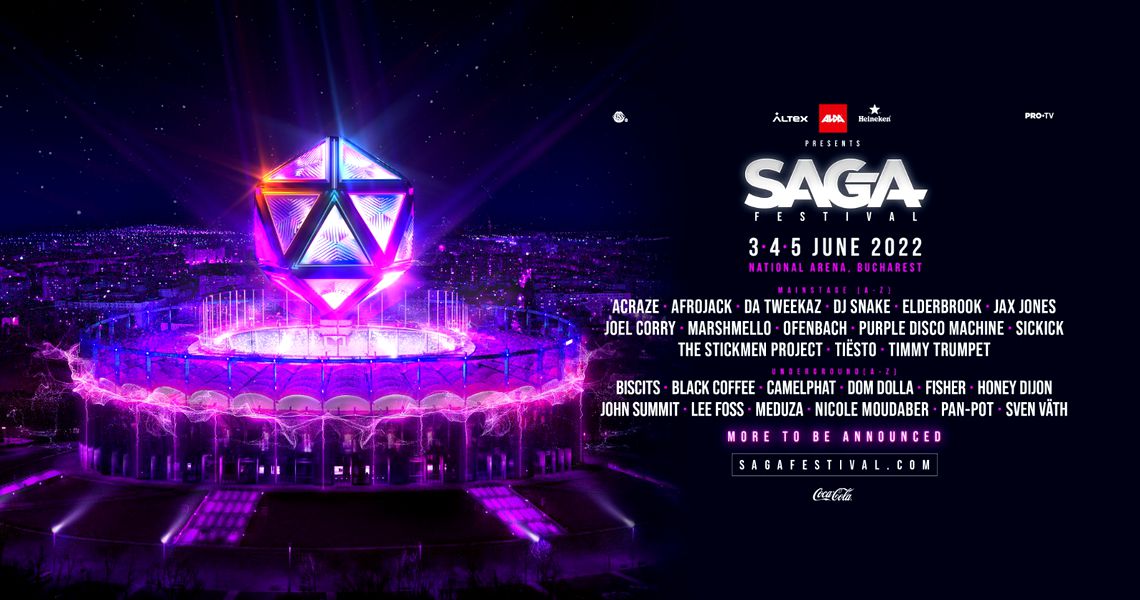 SAGA announces new artists in the line-up of the second edition of the first festival of 2022 in Romania, which will take place on 3, 4 and 5 of June, at National Arena in Bucharest.

With dozens of hits, amazing sets in the whole world and millions of fans, DJ Snake, Tiesto, Ofenbach, Fisher, Meduza and Sven Vath join the line-up and come to Bucharest at the beginning of summer for an unforgettable meeting with their fans and explosive shows on the festival stages.

Some of the most appreciated EDM artists worldwide, with versatile styles and hypnotizing presences, The Stickmen Project, Acraze, Jax Jones, Camelphat, Joel Corry, Da Tweekaz, Honey Dijon, Dom Dolla, Biscits, Purple Disco Machine and John Summit, will be for the first time in Romania, at SAGA Festival, and have prepared a series of special surprises for the public.

The Stickmen Project brings forth, with each representation, a real music and lights show, and creates fantastic mixes of international hits. Recently, the group has released No fun, in collaboration with Armin van Buuren, a vibrant song full of life and energy. 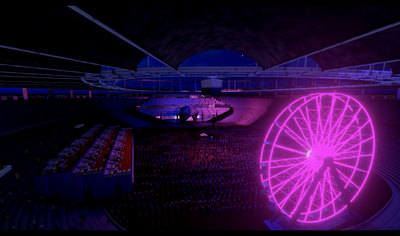 Read more about
SAGA Festival kicks off on Friday in a grandiose concept, with thousands of square meters of LEDs, lights and special effects
read more

Known for songs such as Breathe (ft. Ina Wroldsen), I Got U (ft. Duke Dumont), You don’t know me (ft. Raye) and Instruction (ft. Demi Lovato & Stefflon Don), Jax Jones is one of the most successful songwriters, producers, and DJs globally.

Honey Dijon is an American DJ and producer. Over time, she has been featured in major EDM events, clubs, art galleries, and fashion shows. Dijon has collaborated for several years with Louis Vuitton and Dior, providing the soundtracks for their runway presentations.

SAGA will also introduce to the Romanian public two Hardstyle and Hard Dace artists, Da Tweekaz. Their overflowing energy quickly captivates the audience, and when they’re not in the studio or behind the decks, for sure they are partying in front of them.

The English house and deep-house duo Camelphat captivated the audiences around the world with the song Cola, an incendiary collaboration with Elderbrook, which ranked first in the Billboard Dance Club Songs chart in the United States and was nominated for the 60th edition of the Grammy Awards, in the Best Dance Recording category.

On June 3, 4 and 5, at the National Arena, SAGA will bring to Bucharest over 200 international and local artists and many surprises for the festival goers. An amazing, unique concept, many stages and secrets are waiting to be revealed and to rejoice all who discover them.

The early bird tickets are sold out and now it’s being launched the second price threshold of 120 euro + taxes for the 3-day GA pass. Those who want to live a fantastic experience at the festival and be part of a unique concept have 72 hours to buy the 3-day GA pass at a special price of 110 euros + taxes, starting from this moment. All types of passes can be purchased here