Over 60,000 people attended the first day of Neversea 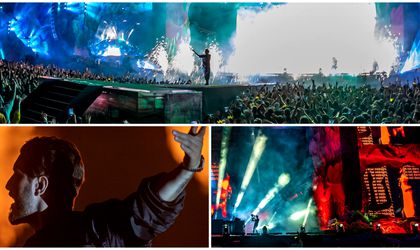 More than 60,000 fans from Romania and abroad came to the Black Sea on the first day of Neversea. The gates of Europe’s biggest beach festival opened on Thursday 7 July. The fourth edition of Neversea offers the perfect mix where event fans enjoy the diversity of musical genres, the sea, unique sunsets and sunrises and memorable experiences, together with top Romanian and international friends and artists.

One of the most book-uted artists of 2022, Alesso, was celebrated on the mainstage by fans who came from all over the world. The Swedish DJ and producer, who turned 32 yesterday, was eagerly awaited by the crowd. For his birthday, the artist gave his fans a wonderful present, a live set that included the most famous tracks from his discography, from ,,Calling (Lose My Mind)”, “Under Control”, “If I Lose My Self” to ,,When I’m Gone” (feat. Katy Perry) and the new top hit ,,Words” (feat. Zara Larson). 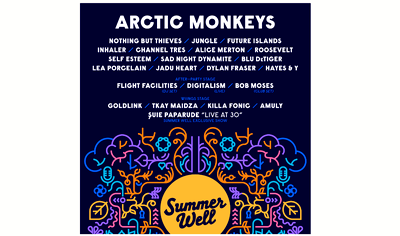 Read more about
Summer Well 2022: tickets for the 11th edition are sold out
read more

For the first time at a festival in Romania, the French Madeon offered Neversea fans a special live set featuring tracks from his Grammy-nominated album ,,Good Faith” in the category ,,Best Electronic Album”.

As always, KSHMR managed to win over the audience, and in 2022 he continued the tradition and included in his show a song in Romanian, “Dragostea din Tei” (O-zone).

ARTISTS FROM THE ARK, DAYDREAMING, OASIS, AND TEMPLE STAGES COMPLETED THE LINE-UP OF THE FIRST DAY OF NEVERSEA

THE ARK STAGE WAS THE FAVOURITE PLACE FOR TRAP, HIP-HOP, R&B AND RAP LOVERS

The Ark stage was the centre of entertainment on the first day of Neversea for lovers of rap, trap, breakbeat and dubstep. The biggest bands and most beloved artists playing these musical styles gave spectacular moments to the fans.

German DJ and producer Paul Kalkbrenner was present for the first time at Neversea festival and performed a spectacular live show for 2 hours and mesmerized the audience.

For the fourth edition of Neversea, festival organisers and local authorities have worked together to make sure everyone will be safe at the biggest party on the Black Sea.