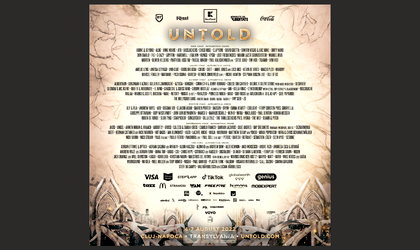 Dimitri Vegas & Like Mike, Claptone, ATB, Chico Rose, Kungs, Bassjackers, Tim Hox and Gryffin take to the UNTOLD festival mainstage this summer. Top DJs and producers from around the world complete the list of artists who will make magic on the festival’s biggest stage. More than 200 national and internationally renowned artists are part of the seventh UNTOLD story, which tens of thousands of fans from all over the world are expected to attend from 4 to 7 August in Cluj-Napoca.

Dimitri Vegas & Like Mike, beloved for their high-energy shows and famous crowd control, return to Cluj Arena, where they feel at home with their latest mixes and tracks. One of the longest-running trance artists, German DJ and producer ATB returns to the main stage of UNTOLD, where he first took to the stage at the festival’s debut edition in 2015. The UNTOLD main stage line-up is also completed by French DJ Kungs, known for his disco-influenced mixes.

The Myth, The Man, The Mask are the attributes behind the legendary German Claptone who fascinates the world. Five years in a row he has been voted “highest house DJ” in the Top 100 DJ Mag. He is a master of house productions and a talented DJ, and this summer he brings his unique Masquarade show to the UNTOLD mainstage. 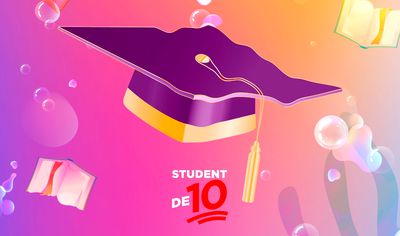 The king of electronic music, David Guetta returns with a unique show and his partner Morten, the DJ and producer with whom he created the Future Rave phenomenon, will make history for the first time at UNTOLD.

After a four-year hiatus, Hardwell returns to the global electronic music scene. UNTOLD is one of the four major festivals around the world that the artist has chosen for his tour, the first after this break that has marked and changed him as a man and as an artist. His new music will be heard this summer at the Cluj Arena stadium.
Superstar Kygo, Don Diablo, Alok, Oliver Heldens, Tujamo and Vini Vici are preparing their best tracks to entertain the mainstage audience this summer.

J Balvin, the king of modern reggaeton, is the first Latin artist to perform at UNTOLD. Winner of three Grammy Awards, Balvin has songs with billions of views and listens on online music platforms, and this summer, hits like Tranquilla, Mi gente, Ay Vamos and many more will be heard live at the Cluj Arena stadium.

Ferry Corsten, Aly & Fila, Giuseppe Ottaviani, Markus Schulz and dozens of Romanian and international artists from the trance world will take to the stage representing this music genre, the Fortune stage.

The artists’ programme by hour for all 4 days and 4 nights of the festival will be announced soon. Single day tickets and passes are available online at untold.com.

The seventh edition of UNTOLD takes place from 4 to 7 August in Cluj-Napoca.