From Romania with Louvre: Brancusi struts into Abu Dhabi 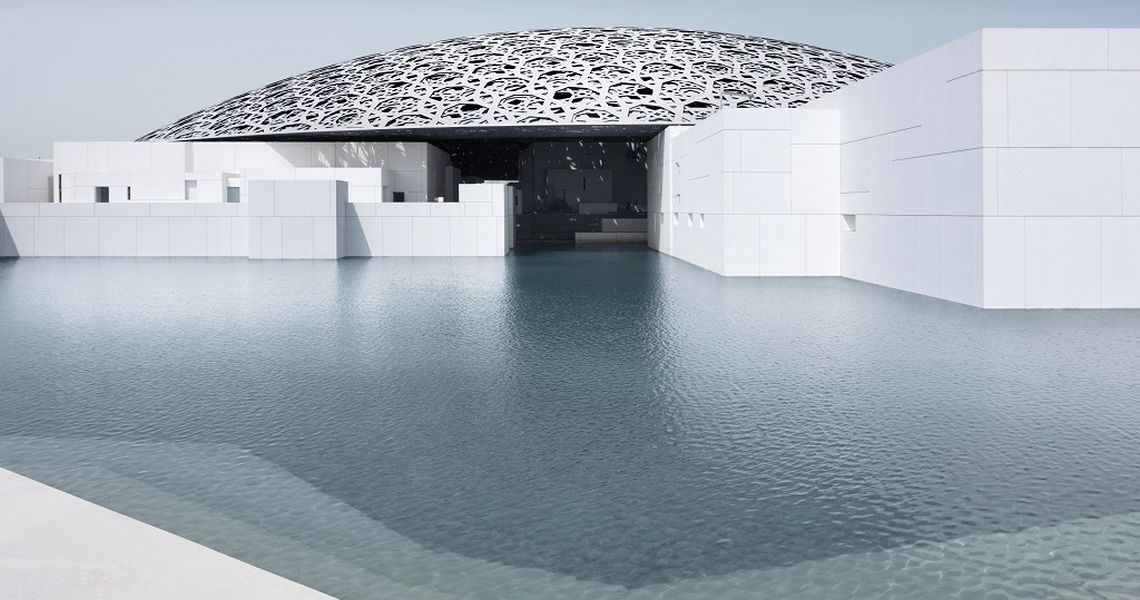 Among the 600 artworks on show in one of the world’s newest – and most controversial – galleries, the Louvre Abu Dhabi, is Constantin Brancusi’s The Cock, on loan from the Pompidou Center in Paris, part of an inter-cultural exchange between the UAE and France. How come? Business Review took a trip to the desert city to explore the Louvre Abu Dhabi.

In November 2017, art lovers were all talking about the grand opening of the world’s most hotly anticipated gallery, Louvre Abu Dhabi, part of an attempt to make the sandy city a permanently relevant place of world culture. The grand plan is to transform the emirate into a new cultural hub, with the addition of a National Museum (designed by Lord Foster) and a new Guggenheim Museum (by Frank Gehry) creating an island of museums and galleries. This is just the beginning of the UAE’s preparations for the post-oil age through culture, a surprising but smart business choice.

GBP 1 billion, and a financial crisis which led to a five-year delay and several postponed grand-openings later, the Louvre Abu Dhabi is simply wow. Spanning 180m, the dome of the gallery is a complex masterpiece of geometry and light designed by French architect Jean Nouvel, winner of the prestigious 2008 Pritzker prize. Its form seems to float, courtesy of four hidden piers, while walkways and canals invoke the meandering charms of Venice, sustaining the floating theme.

COCK OF THE WALK Just between the modern world art chapters, in a dimly lit lobby-type area – in stark contrast with the parts of the museum that have natural light – Brancusi’s Cock stands proudly between a Giacometti sculpture and a Guinea serpent mask. The official description of The Cock runs, “the symbol of the sun, the rooster stands as cosmic clock in agrarian cultures, standing and facing space and the limitless time of past to present, present on to the future. The rooster is seen to surpass such time and space issues”, exactly like most of the Louvre Abu Dhabi’s artworks. When I asked my guide about it, she said that “any major cultural institution of the world should have a Brancusi in its portfolio”. As I pondered the mix between the three artworks, the answer came from the museum’s official communication: it’s an educational process and about visitor engagement. The links between the world’s cultures will make all the works of art feel more approachable. “Once you understand the antithesis, you will gain the habit of spotting connections and find your own analogies between the pieces. It’s an acceptance art game that all cultures are equally valuable,” said the guide. And it makes sense, even if not necessarily there, on the spot.

About half of the 600 artworks on show belong to the museum’s permanent collection – and the name tags near every artwork indicate precisely what’s on display and from where. The rest have been loaned from 13 leading galleries in France via an umbrella group called Agence France-Museums, which includes the Louvre. The entire museum is separated into 12 “chapters” which tell the story of humanity. Each chapter focuses on shared themes and ideas that reveal common connections throughout humanity.

The works on show range from prehistoric artifacts to contemporary artworks, a trip through time, from a Jordanian statue that dates back to 6,500BCE, to 17th-century Portuguese maps and works by Pollock and Ai Wai Wai. And what’s more, the curators have managed to create a conversation between the artwork, putting together overlapping ideas, parallel concerns and conversations across borders, creating striking antitheses: Western and non-Western work shown side by side.