Cooking up a storm for Romanian food 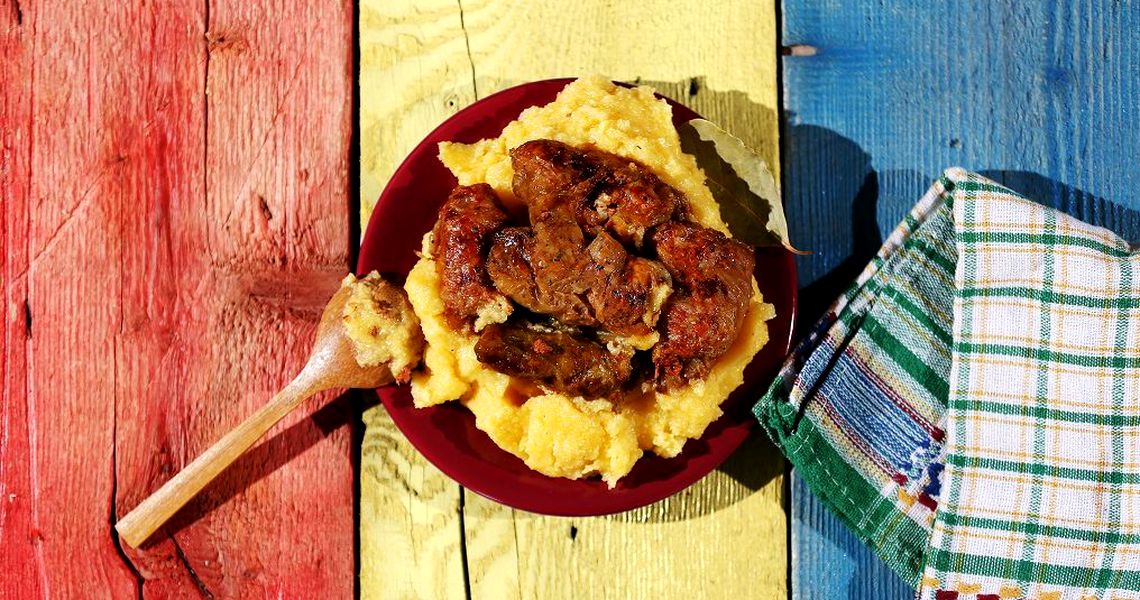 Romanian cuisine is starting to pan out around the world. It may not yet have conquered everyone’s palate, but the industry is serving up some appetizing starters. Recently, a law passed making the first Sunday of each October the National Day of Romanian Gastronomy and Wine. Food for thought?

It seems that a constant goal for forward-thinking chefs has been reinterpreting classic Romanian fare in original, one-of-a-kind dishes. And their attempt wasn’t in vain. The idea of this celebration was initiated at the first edition of the National Congress of Gastronomy and Wine by Cezar Ioan (publisher at vinul.ro), Chef Nico Lontras (Rare Food Services) and Cosmin Dragomir (publisher at gastroart.ro), with the support of the National Association of Cooks and Confectioners in Tourism.

“I believe that food is one of the most important – primal – bonds that connect a nation and give it a distinct identity. And it’s important for us to know where we come from and to consolidate the links between us and our history,” says Ioan, of the decision to support and promote such an idea. “With wines, we still have some grape varieties that are found only here – at least one of them being cultivated here before the Egyptian pyramids were built (Fetească neeagră). Feteasca alba, Cramposie, Zghihara, Francusa, Babeasca are other vines known only here that can give birth to very interesting and unique wines. (…) After two World Wars and 45 years of Communism which changed viticulture in Romania, now our wines are steadily and rapidly growing in quality and offer a diversity that can and will be appreciated by wine lovers everywhere in the world,” concludes Ioan. Meanwhile, Dragomir adds, “We suffer from a kind of self-righteousness, we repeat that we did not invent anything, that they are all taken from others, basically ignoring the evolution. All gastronomies are influenced, only that purism touches us, especially in the online discourse, alarming odds and sometimes fools. It’s extremely important to know our identity gastronomy and to be proud of it. And that’s also a form of glocalism. Some say all these influences on local cuisine are a disability; I see exactly the opposite: an advantage. Diversity is an asset, indisputably.”

Alexandru Dumitru, Gault & Millau’s Chef of the Year 2019, comments: “I believe that there are two sides to Romanian gastronomy right now and we can’t discuss one without the other. Firstly, we have traditional cuisine, centered around classic recipes with which our people identify, such as sarmale, cozonac, drob, polenta etc. (…) On the other hand, there is modern Romanian gastronomy, which is a trend that has begun developing in recent years. It started off with new chefs and restaurateurs who, inspired by international models, trends and experiences, decided to take things one step further and bring home what they discovered. What I see emerging now is an inspiring, author’s cuisine, where each chef does something different and has his own vision and set of principles.”

Chef Andrei Chelaru of Fragment, Cluj-Napoca, who has recently returned to his local kitchen after an internship at Noma, and another Gault & Millau Great Chef of Tomorrow, adds, “The Romanian gastronomy is exactly like the Romanian people, it has a strong personality. At this moment, it’s finishing a hard winter and embracing a very long spring. (…) With the influences of globalization all around us, more often than not, we need to celebrate our culinary traditions and extraordinary wines. At the same time, I think that this is a great opportunity to educate the new generation, when it comes to amazing local produce, old recipes and dishes that make your heart skip a beat.”

“Romanian gastronomy needs to be simple and tasty, a culture that originates from the heritage of each family, different region by region. Somehow it exists, but one of the best ways to get the true taste of these dishes is directly from local chefs, who are passionate about cooking and want to share their culture with other people, or other chefs. Speaking about Romanian gastronomy, wine and food, we need to discover old recipes and educate people, promote more local grape varieties and local dishes. It’s a must. We need to be an entertaining and educational day festival celebrating local food, wine and culture,” argues Alina Iancu, founder at CrameRomania.ro, a relentless  promoter of national wine tourism.