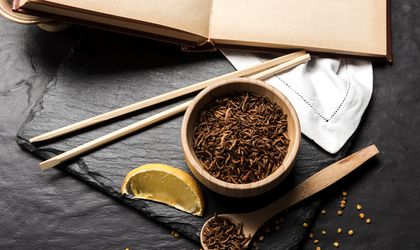 Insects become dinner in Europe under an agreement between all 27 EU countries as currently happening for Yellow mealworm being eaten as dried or powder. The insect can be used to make burgers, protein shakes and biscuits.

This new type of food is known as “innovative food” or “novel food” and the European Commission recently considered that it is safe to eat. “The use of insects as an alternate source of protein is not new and insects are regularly eaten in many parts of the world,” the commission noted, announcing the decision.

It’s for the first time an insect was being authorised as food in the EU, the commission did say that insects had previously been available for consumption in some member states. Moreover, the commission said there are currently 11 other applications for insects to become “novel food” in the EU and they will be considered by the European Food Safety Authority.

The insect may not be advisable for everyone, however. Those with prawn and dustmite allergies are likely to suffer a reaction to the Tenebrio molitor larvae.

According to European Commission, “novel food” can be newly developed, innovative food, food produced using new technologies and production processes, as well as food which is or has been traditionally eaten outside of the EU.

Researchers have for years observed the high protein value of yellow mealworms, which contain required fat and amino acids. The larva can grow quickly in a variety of substances including brewer’s yeast, wheat bran, corn starch and potato flour.

“There are clear environmental and economic benefits if you substitute traditional sources of animal proteins with those that require less feed, produce less waste, and result in fewer greenhouse gas emissions,” Mario Mazzocchi, an economic statistician and professor at the University of Bologna, said of the food agency’s decision on yellow mealworm, quoted by Global Citizen.

The entire documentation for yellow mealworms can be read here.