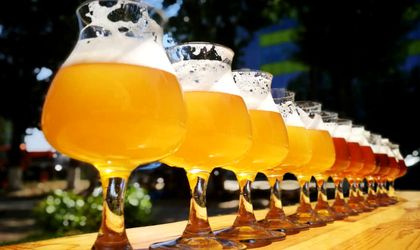 Since 2007, the first Friday of every August became the International Beer Day, and this year August 6 coincides with the event celebrated in over 80 nations across the globe. For this occasion, Euromonitor International released a series of reports on the status of the beer market in several countries, including Romania, where, according to the study, the 2020 off-trade value retail selling price of beer increased by RON 485.8 million compared to 2019.

The impact of COVID-19 had a strong negative impact on beer in 2020, especially after restrictions were applied to on-trade outlets. The total closure of food service from 15 March to 1 June, with ongoing restrictions regarding outside terraces only and limited numbers of customers, seriously affected beer sales across the whole year. Beer is a sociable drink and thus such channel closures and restrictions placed extra downwards pressure on the category. Sales could not even be revived during the warm season when outside terraces are popular, due to the restrictions on numbers of people allowed at any given time.

The aforementioned terrace activity could have been a supporting factor for higher beer sales during virtual viewing of sporting events. However, the postponement of the European Football Championship and Olympic Games, restrictions on group sizes, and cancellation of events including large numbers of people, negated this style of beer-drinking occasions. Additionally, consumers have been more cautious about attending public places, even outside terraces, due to fear of infection. Therefore, even if venues were able to accommodate larger numbers of customers within their spaces, there was a lower footfall overall. The outdoor terraces also became less popular in the colder months, despite the provision of blankets and heating equipment.

As a consequence of on-trade closures, beer moved to at-home consumption. However, this increase in retail trade was unable to offset the losses seen in on-trade. Keg beer suffered the most, because it could not recover fast enough after the on-trade closures and, due to its shorter shelf life than, say, wine or spirits, some products went to waste. It was also noted that returnable glass bottles became less popular in off-trade channels, as consumers switched to less sustainable packaging in their efforts to limit unnecessary trips or public contact.