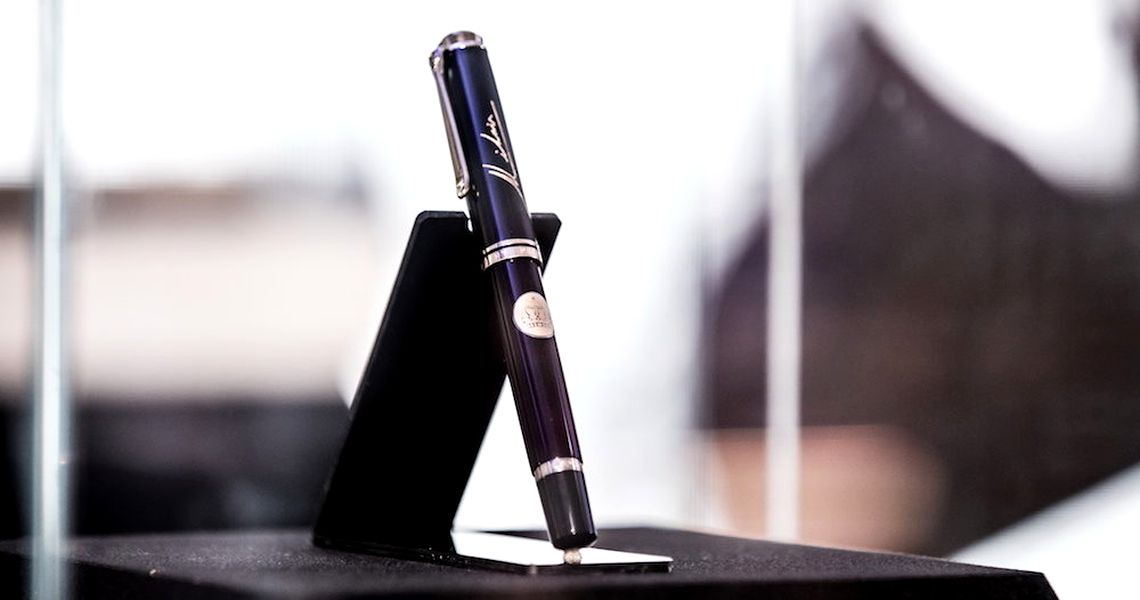 A royal edition pen dedicated to King Michael I of Romania has been launched by German stationery and office equipment producer Pelikan, in a unique worldwide project.

The plans of creating this fountain pen began in 2017. According to The Pelikan’s Perch, this Royal Edition is built off of the M800 chassis and is made from black resin for both the cap and barrel. The cap top is Pelikan’s standard 24-carat gold plated single chick logo which is accented by the usual trimmings of a Souverän.

The side of the cap depicts the golden signature of the King, “Mihai.” The piston knob on this edition stands out as unique.  It eschews the standard trim for a single, thicker gold plated ring.

Engraved on that ring is the royal motto of the Kingdom of Romania, “NIHIL SINE DEO,” which is Latin for “Nothing Without God.” Two thirds up the barrel is a circular brass medallion plated in 24 carat gold done in two shades.

The medallion depicts the King’s crown.  Just beyond that is a green ink window and the section is adorned with a single golden trim ring.  Finally, the pen is finished off with Pelikan’s standard 18C-750 two toned gold logo nib.

This edition is limited to just 300 pieces and carries a sales price (excluding VAT) of RON 3,800 and can be bought from www.literaderege.ro