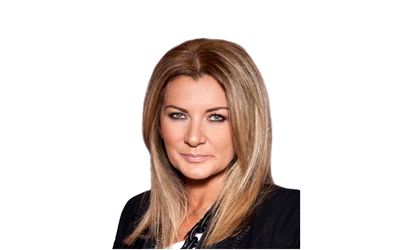 Federatia Patronatelor din Industriile Creative – FEPIC (the Federation of Creative Industries Employers) expressed its intention of developing the first hub dedicated exclusively to the creative industries in Iasi, in partnership with the City Hall. The cultural project „CREATIVE HUB”, named in a conceptual manner Iasi Creative Space, aims to create a temporary unconventional space with national opening and international connectivity. The hub will bring the creative industries into a space proper for supporting the youngsters, with the help of the entrepreneurs in the respective industries and for supporting the art, in all of its forms.

In times when the pandemic caused by the COVID-19 virus strongly impacted the creative industries, more than other economic sectors, the FEPIC initiative comes as a helping hand and an additional support towards getting back to the cultural active life, in a city famous at international level for the names it brought to the field.

“We want to give the creative industries in Iasi a space that will facilitate the direct contact, the change of ideas, the practice, the competences development and so forth. A connection space for the known players in the creative industries with the creative young people, with the innovative start-ups, the goal being the birth of innovative products with tremendous added value, as well as educative cultural valences and the developing of learning, educational and experimenting abilities. All of the above having as goal the long-term investment in the Iasi based community,” said Irina Schrotter, President of FEPIC.

The project follows on the footsteps of the examples set in Bucharest by The Institute and in Cluj by CCC (The Cluj Cultural Center), by proposing to organize and develop an agenda that will cover a number of important cultural events and workshops.

The main goal is identifying a space that will be able to host in the future a modern center for the creative industries, to be built through European, private and public funds. Iași Creative Space wants to create premium cultural traffic and a percentage of residences and has as ultimate wish to demonstrate the utility of such a creative space in an university city of Iasi’s caliber.

In the first two months since its launch, the space should be able to host a series of important events such as: Filit, Romanian Creative Week, Perform (Theater and independent performative arts Festival), music creation camps and a virtual production studio.

The choosing of the right space for the presented events, that will also transmit creativity in itself is extremely important, therefore the support from the local authorities is essential.

Federatia Patronatelor din Industriile Creative (FEPIC) is the only patronal federation representative at a national level that activates in the Creative Industries sector and was founded in Iasi in August 2011. FEPIC is represented at the level of the Romanian Export Council. Moreover, it is affiliated to national and European organisms such as ANEIR, Innovation Network Europe, European Creative Initiative etc.