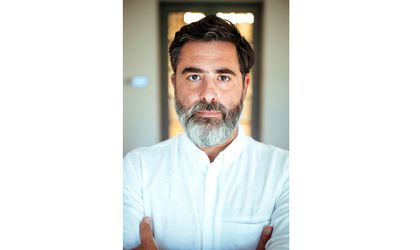 DIPLOMA recognizes some of Romania’s most exciting emerging design and fine arts talent, providing a unique curated environment for young designers to exhibit their graduation projects. Business Review talked to Andrei Borțun, the founder of DIPLOMA, about the highlights of this event.

Where did the idea for DIPLOMA come from?

We are very close with the creative universities, and that includes both students and academic staff. As a result, I am aware of how much work students put in for their Bachelor’s Diploma or Master’s theses during graduation years. I thought all this content that was being generated every year deserved a better fate and more exposure, especially the best works by the most talented artists, designers, and architects of the new generation.

(…) With this in mind, we thought of a project that would make it easier for a wide, unfamiliar audience to engage with painting, sculpture, graphics, clothing or product design, architecture, and photography. We say it’s easier because Diploma is more than an exhibition; it is a festival. Each edition means meetings, events, public spaces with various functions. And it’s full of young people.

I thought of a project that would give all these people a chance to get to know each other, collaborate, exchange ideas; an opportunity to know and be known by the seniors of the creative industries who are on our creative boards or among the thousands of visitors, including architects, curators, gallery owners, advertisers or designers. 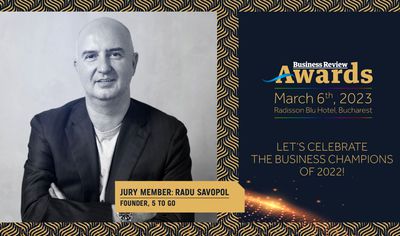 That’s how we came up with the idea: starting from a slightly unpleasant premise and trying to build a more valuable context around it.

DIPLOMA has now reached its eighth edition. How has the festival changed over the years?

The first editions only targeted vocational universities in Bucharest, but the content wasn’t limited to theses from Arts and Architecture students; it also included works by Theatre and Film and Conservatory students.

(…) There have been many positive effects, including the fact that young graduates from all over the country are able to meet their peers, that mature organizations in each creative industry, seeking to refresh their teams, have access to top talent from across the country, and that it generates positive competition between universities in terms of attracting the interest of future students.

This year we’re making a major change, following a survey carried out among more than 300 graduates who have passed through our festival in recent years: we are opening an exhibition space for emerging artists, designers, and architects at Combinatul Fondului Plastic.

Last but not least, two years ago, we asked ourselves what else we could do with Diploma, other than to organize it. And one of the answers was that Diploma, along with other initiatives, will contribute to Combinat.ro, a project aiming to reconvert the extraordinary infrastructure owned by the Union of Visual Artists, under the current name of Combinatul Fondului Plastic, at 29 Baiculesti Street in Bucharest.

What are some of this year’s festival highlights for you?

I think the exhibitions themselves are very valuable because they are not just the sum of the works on display, but artistic projects in and of themselves. And I believe that the discovery of the venue itself can be a surprise for 99 out of 100 people in Bucharest. Until now, it has been a well-kept secret of the city.

What do you expect from the creative industries in the future after looking at all the applications for this edition of the festival?

I have never had any doubts about the talent of my fellow citizens. It has also been proven that our performance is far superior to other countries when it comes to film, electronic music, plastic arts, advertising or IT.

It is the Romanian state that has never inspired trust for me. It’s a state that does not ask itself how it could turn the excellence of some of the fields listed above into real industries that can bring jobs, money, and prestige to the entire country. It does not ask itself how it could retain more of these talented people or how it could attract talent from Europe or the rest of the world. But I think the future of creative industries in Romania sounds good, because it builds itself.

DIPLOMA will take place between October 8-17 at Combinatul Fondului Plastic, UNAgaleria, SENAT, and The Institute.