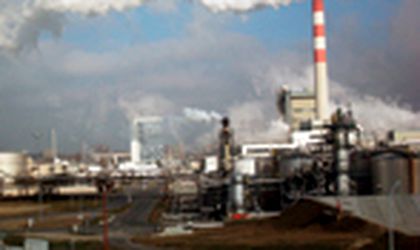 WSP Group joined the local market in 2004, around the time of the finalization of the privatization process of Petrom, which is now controlled by the Austrian oil and gas company, OMV. In fact, Petrom was the first major client of the UK-based company.
“We started working here in 2004, two years before actually registering the company in Romania. We came to the country on the basis of doing a lot of work for Petrom. So, initially we got involved in oil and gas projects for the major companies in this field, managing for instance environmental liability issues,” Neil Foster, associate director with WSP Group, told Business Review.
In 2007, the company reported a turnover of EUR 4 million and a net profit of EUR 210,000, while last year it had turnover of about EUR 6 million, a 50 percent increase compared with the previous year, according to figures from the Finance Ministry.
Foster believes that the increase in the company's revenues came as a result of a more diverse services portfolio, especially as in the past two years the real estate market had registered a spectacular boom.
“When we first started our operations on the local market, some 70-80 percent was covered by oil and gas projects. Subsequently we have migrated almost 60-70 percent towards real estate and now real estate makes up about 40-50 percent of our portfolio. The rest is equally split between blue chip industrial projects and oil and gas projects,” said the WSP official.

Betting on energy efficiency and infrastructure projects
“Some of our ongoing projects include the Colosseum building, the largest retail center in Eastern Europe, and the certification for the first ‘green' office building in Bucharest, the Euro Tower, a project of the Cascade Group, estimated to be completed at the end of the year. We are also involved in the project for a major corporate headquarters in Bucharest,” said Foster. The WSP associate director says that there are good opportunities on the renewable energy sector as well.
“We are working on the feasibility studies for wind farms, studies which have been requested by three foreign companies. We estimate that we will finish them in the next 12 months,” he added.
One of the WSP divisions in Romania drafted the transport master plan and traffic management system for Bucharest, projects which are currently at the public consultation stage.
“Some 25 percent of our business represents road infrastructure projects. The election period delayed a number of significant projects by several months. We are talking about major projects like road design, construction or transport master plans for other cities in Romania,” said Foster.
The British firm currently uses Romania as a hub for its business for Central and Eastern Europe. In the long term the company is considering expanding to other countries in the region, but any such decision will depend on market conditions and the nature of the company's clients, the WSP Group official says.

Survival of the fittest on tough market
“This year will be a tough year, I don't think that there is any doubt about that. But we have a strategy to follow in times of crisis,” said Foster of his company's strategy in times of crisis.
He went on: “We have to align ourselves to the strong and surviving clients. There's no point staying close to companies which will not succeed in the current climate. In times of crisis you don't succeed by registering growth, but by seizing market share. We also have to be more efficient in what we do, to guarantee a better return on investment.”
According to the WSP Group associate director, the company has inked some strategic and informal alliances with Romanian service provider companies, including a group company in the Romanian oil and gas sector.
Foster said that the firm would diversify the nature of its clients and its range of services, turning more towards climate change consultancy, emissions management, sustainability solutions and eco design. As a result of this strategy, the company has started developing its transportation division, to expand on existing road and infrastructure projects.
“Romania has a real opportunity with the EU funds to which it has access. But there is an issue with public tender procedures, which sometimes delay the projects and lead to a lack of efficiency in completing them,” said Foster.
It remains to be seen what results the company's strategy will yield. The firm has announced a decrease in its number of projects, which has persuaded it to cut its fees in order to keep being competitive on the local market.