Where is Romania in the world? On the same level with Brazil and Mexico, 10 years behind Poland 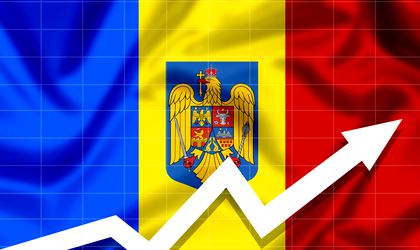 Romania managed to catch up with the economies of Brazil and Mexico during the last 25 years, but still lags behind other Central and Eastern European countries in terms of real development, World Bank experts say.

According to analysts, Romania’s growth rate between 1992 and 2016 was 1 percent higher than the average for upper middle-income countries and more than three times the rate for the EU and developed countries.

“Most impressively, Romania managed to catch up with the economies of Brazil and Mexico, which in 1992 had a GNI per capita that was 3 respectively 4 times as high as that of Romania,” according to the “Magnet Cities: Migration and Commuting in Romania” report recently released by the World Bank.

But despite its strong economic growth during the last two decades, Romania still lags behind its main economic rivals in the region.

According to experts, Romania will not be able to bridge this development gap without strong and competitive cities.

“All things being equal, it is likely the Bucharest will remain the most attractive place for migrants in the future. (…) Cluj-Napoca and Timișoara are likely to be the runners-up for filling the secondary city gap, so they are likely to be very attractive places for migrants in the future. Whether these two cities manage to keep their leadership position also depends on how well they are managed, not only on pure market dynamics,” experts say.

According to economists, development spills over from the most dynamic cities to the surrounding areas, and this is a key dynamic of the development process.

“Without strong cities, one cannot have strong regions and a strong national economy,” World Bank experts point out.

Studies show that the eight largest cities in Romania – Bucharest, Cluj, Timisoara, Iasi, Constanta, Brasov, Craiova and Ploiesti – amass around 22 percent of the population and generate around 53 percent of the country’s gross domestic product (GDP).

“When looking at the larger area of inﬂuence of the eight growth poles (in this case, the one-hour driving areas around the growth poles), the strength of these urban centers becomes even more evident. Thus, the areas in the map below, amass around 50 percent of Romania’s population and generate around 75 percent of firm revenues in Romania,” the study shows.

Experts point out that these are some of Romania’s main economic growth engines, and Romania is in this respect no diﬀerent from all the other EU countries.

Official data released in March show Romania’s GDP, the index widely used to measure the size of national economies, recorded a growth of 6.9 percent in 2017 in real terms, the highest since 2008, to reach EUR 187.9 billion, from EUR 169.8 billion in 2016.

Romania’s GDP last year was larger than Greece’s, estimated at EUR 177.7 billion, for the first time since the 1970s, and ranked 16th among the 28 EU member states.