Uncorking potential in a far from vintage year 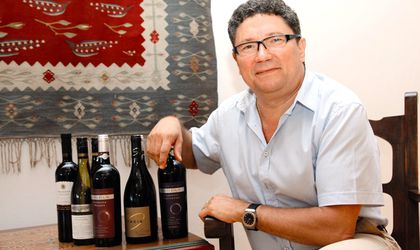 A winemaker is only as good as its least expensive varieties, says Dan Muntean, managing director of Halewood Romania, paraphrasing the Alsatian wine producer Jean Hugel. And this is good advice to follow considering that in the past couple of years Romanian wine companies have been forced to adapt to a shrinking market. Muntean gave BR his verdict on the market and shared the scoop on Halewood’s new import business.

How much wine did Romanians buy in 2010 and how has consumer behavior changed?

In Romania, wine is a culture-related product so consumers kept buying, but unfortunately they switched to less expensive varieties. Sales of medium priced wines were the hardest hit, we think. Looking at the total value on different segments, the market has shrunk between 5 and 30 percent but actual consumption has decreased less I would say. It is however important to mention that it is impossible to put together statistics that show the actual size of the local market – the legal market, household production and the black market.

What is interesting is that very few people realize how large the Romanian market really is. Up until last year, Romania held eighth position in the world in terms of consumption. It was then surpassed by Russia and China, two countries with considerably larger populations. Therefore, the local market is very important but this also shows that Romanians drink very cheap wine. If one were to transpose to Romania the same consumption of a country with a similar population, let’s say Australia, then the local market would grow five times in value.

How do you see consumption evolving this year?

Wine is a product of civilization, it goes hand in hand with the consumer’s feel-good factor. If the consumer is feeling happy and has the income to go out, throw parties and generally drink good quality wine, then consumption will go up. Other than the fact that next year there will be elections, I personally don’t see a recovery before the second half of 2012. The exchange rate will also have a say in the matter and we’re facing rough times on the EU internal market. So, it is very hard to speak about consumption increases or decreases outside the general economic outlook.

This may sound pretentious, but another factor that counts is education. The more educated the average person, the more wine is drunk. Trends count too although this is less visible in Romania.

Is it hard to sell Romanian wine on foreign markets?

It is harder to sell Romanian wine than many other varieties. I have to come back to this mantra – wine is a product of culture. It acts like an ambassador for a country. A buyer in a supermarket in Germany, for example, has only a few seconds to make a choice.

Price is of course an important factor but so is the image the consumer has of the country from where the wine comes. And from our perspective this is a setback. There are many people who know very little about Romania, its beauty and its opportunities, and still have negative stereotypes concerning the country. A strong tourism industry would help as people would return home and would look for Romanian wines in the shops. Still, we are optimistic and there have been some improvements in the past years, with more interest coming from foreign consumers and foreign media.

We have also been involved in a promotional project in the US supported by European funds, and another in the UK with the Romanian Winegrowers Association that we would like to extend in other European countries.

How do you think Romanian exports will develop over the coming years and what is Halewood Romania’s strategy?

Exports hinge on several factors. The local market has decreased in recent years. Also, if the euro wins ground against the leu, then it makes even more sense to export. The trouble is that this doesn’t happen overnight. It is a long-term process.

Each year we export about 35-40 percent of our wine output and the same will happen in 2011. We export to the UK and other European countries but also for some years now we have sold our wine in South-Eastern Asia and more exotic countries like Singapore and Thailand. We also export considerable volumes to China. However, China is predominantly a commodity market. I believe that aside from the import of big-name European wine varieties, it will not grow into a steady and reliable market.

At the end of 2010 you set up a new company, Halewood International Premium Imports. What is its strategy regarding imports and how is this segment faring?

Back in England, our mother company, Halewood International, is one of UK’s largest independent drinks manufacturers and distributors. Its portfolio includes about 1,400 products and wines are only a small fraction of this. We wanted to import some of these products but because we didn’t want to create confusion in the market we set up this new company that will cover everything related to imports.

But even before Halewood International Premium Imports, we brought to Romania wines from producers like Antinori, Hugel & Fils and Bodegas

Torres, which are part of the Primum Familiae Vini, an association of family-owned wineries. With Antinori we have also set up a mixed company in Romania, which owns 100 hectares of vineyard and which will soon begin to produce. We also bring wines from outside Europe, from producers like Concha y Toro, Trapiche in Latin America and Villa Maria in New Zealand.

Why did the firm decide to invest in its own network of stores, the Winery Outlets?

We look at these stores as a means to promote ourselves and not necessarily a way to boost sales. It is easiest to sell when one is in direct contact with the final buyer who also has the option to choose from our entire product portfolio. And we can also sell the wines at attractive prices. There are nine Winery Outlets so far and over the coming years we will probably open about 20, 30 new units. We also have the online store where we have had orders from countries like New Zealand and Brazil, but again, the purpose is not to alter the balance sheet. Our focus and core activity has always been winemaking. All the connected activities like the stores and the pension at Azuga have been centered on getting people to taste the wine.

What can you tell us about the results you obtained last year and this year’s targets?

We are a family company and the numbers are not that spectacular. Especially when one compares them with the approximately EUR 500 million turnover reported by Halewood International, the mother company in England.

Last year we registered a turnover of less than EUR 10 million but we managed to grow on a decreasing market. Sales volumes were higher but at lower per unit values. In 2011 we hope to see a five percent growth. As for the profit, we have reinvested it. Winemaking requires constant investments and we have made them, launching new products and constantly upgrading the quality. We are aware that we have to cut costs and be more efficient in order to align ourselves to a more and more internationalized market where every penny counts.