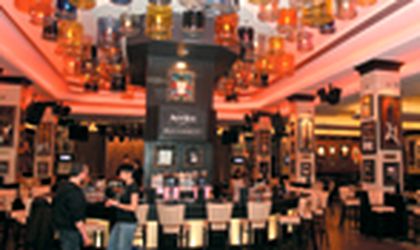 “Romania is currently one of the most attractive destinations for investment in Europe and will probably remain for another year or two. It is so due to the size of its market (and this is an advantage to Bulgaria), talented workforce and great opportunities for investments in many fields,” says Friedrich Niemann, Vice-President of the American Chamber of Commerce (AmCham) Romania.
Comparing to previous years, Romania grew in attractiveness for foreign investors. “Romania benefits from many advantages, among which are the geographic position, the experienced labor, and the competitive business environment. It is important that Romania continues to absorb EU best practices,” Mugurel Radulescu, Public Affairs and Communication Manager Coca-Cola Hellenic in Romania tells Business Review.
Data published by the U.S. Department of State, as of August 2007, indicate that U.S. direct investments accounted for USD 915.7 million, ranking sixth among national investors but first among non-EU countries. “As for their value in 2008, while we do not have such estimates, our organization is a promoter of the business opportunities in Romania, and we hope to see more American companies coming to invest in our country,” says Niemann.
So far, those American companies that have established offices in Romania took particular interest in telecommunication and IT, mechanized agricultural and consumer goods sectors.
However, future opportunities lie in other areas of the economy as well. “The strongest areas of opportunity for U.S. exports and investment potential include the following sectors: automotive, building products, electrical power equipment, franchising, IT&C – computer software, pharmaceuticals, pollution control equipment, telecommunication, safety and defense,” says Niemann.
At this point, there are more than 2,000 firms registered in Romania that claim 51 percent or more U.S. participation. However, since a notable amount of American investments in Romania is made by U.S. companies through their European subsidiaries, the actual amount of U.S. investments is higher.
“Large corporations might have easier access to the local market, due to more financial resources and sometimes, also because they have other European chapters. Yet, we are also receiving inquiries from smaller companies prospecting the Romanian market,” says Niemann.
Among the measures that should be enforced to increase Romania’s attractiveness for investments, the AmCham representative mentioned the improvement of transport and communication infrastructures, ensuring the stability and predictability of legal and fiscal policies and a crackdown on bureaucracy. “In the current situation, I think what is most crucial is fiscal predictability. An investment is made on the long term, so it is necessary to create the right expectations at least from the legal and fiscal perspective. The evolution of the economy and the market can be less predictable,” Silviu Hotaran, General Manager of Microsoft Romania tells Business review.
Additionally, Romania should also take steps to tackle a growing delicate issue: the lack of available labor force. It should improve the quality of the education system to produce a competitive workforce, Niemann says.
“It is the responsibility of the Romanian authorities to continue adopting policies and incentives that would maintain Romania’s attractiveness compared to other Eastern & Central European countries. Since neighboring countries are also offering comparable incentives to investors, Romania will be able to maintain its attractiveness provided that the shortage of qualified workforce with certain specializations is overcome through a proper educational system,” says Niemann.
While increasing costs with the labor force (which is not as cheap as peanuts anymore) may dissuade some investors to set camp in Romania, those who are already here are doing what they can to find solutions and weather the storm.

McDonald’s undergoes campaign for older people to up number of employees
Well-known U.S. brand McDonald’s Romania, which employs over 2,500 people with half of its staff in Bucharest, has recently started a recruitment campaign for elders, hoping to employ people aged over 40, in an attempt to avoid a labor shortage.
It is crucial for the company to find employees in order to support its development plans. Thus, for the last 14 years since it has entered the Romanian market, McDonald’s has been growing steadily, and still has plenty of room to expand. McDonald’s chain in Romania currently counts 56 restaurants, of which 26 are in Bucharest, but it plans to grow its network to 150 restaurants in the next five years, Marian Alecu, general manager of McDonald’s Romania, Moldova, Bulgaria and Macedonia told Business Review. The company plans to invest EUR 300 million in this expansion plan, a sum which includes revamping works for existing restaurants.
The fast food operator will invest an average of EUR 3 million in a new restaurant, but the amount can reach even EUR 4 million in some cases.
There are some neighborhoods in Bucharest that have not been covered. “For Bucharest, we are now negotiating for some spaces which will be open in 2010. In the capital city we will open more once we will have secured locations. The higher business potential is still in Bucharest, where we should open 40 new restaurants, compared to the existing 26,” says Alecu.
In the rest of the country, McDonald’s will first target cities with more than 100,000 inhabitants, at least for the next two – three years, after which it could enter smaller cities. Apart from expanding the network of restaurants, McDonald’s plans to enter the local coffee shops market with its McCafe brand at the end of 2009 or the beginning of 2010.

Coca- Cola, one of the most present brands on the market
One of the most well-known brands in Romania among consumers, Coca-Cola has been present on the local market for 17 years. “In 1991, it started with zero market share and only two years later became the leader of the soft drinks market. Currently, the permanent investment in the improvement of the factories and in the expansion of production, places the company within the top investors in Romania,” Mugurel Radulescu, Public Affairs and Communication Manager Coca-Cola Hellenic in Romania tells Business Review. The Coca-Cola System has five factories in Romania, at Ploiesti, Timisoara, Oradea, Iasi and Vatra Dornei and commercializes over 100 flavors and packages. “Over the time, we have invested in product development, research, testing, production and introduction of brands created for the tastes and needs of the Romanian consumers. Furthermore, besides all the promotional campaigns in which Coca-Cola constantly invests, together with Coca-Cola Hellenic, the bottler and distributor of Coca-Cola products, we annually invest close to EUR 1 million in CSR programs,” says Radulescu.
The company representative refused to disclose financial results of the company, but said the strategy in the future will concentrate on profitable volume growth and consequently the company is “concentrating resources to enlarge the production capacities. Another important area of investment is human resources,” says Radulescu.

UPC starts procedures for finalizing mergers through absorption
One of the high-profile players on the telecom market, triple-play UPC Romania, subsidiary of Dutch company UPC Holding, affiliated to Liberty Global from the United States, will merge through absorption with Electron M. Bit Telecom, Sebmar and Cablevision of Romania, companies which it already controls. The merger decision was made to simplify the decision-making process and lower administrative costs by forming a unique structure. This is one in a long line of mergers through absorption that UPC Romania has performed over the course of several years.
“Following the merger, UPC Romania will consolidate its position on the telecommunication market becoming a more important presence on the market of the providers of cable television, landline telephony and internet, being able to compete successfully at a national level with the most important companies in the field,” as stated in the merger project published in the Official Registry. The merger will become effective on October 1.
UPC acquired Sebmar Focsani in June 2007 while Cablevision of Romania was acquired in October 2005. In October 2007, UPC announced that it merged through absorption with Minisat Targoviste, Control Ploiesti and Media Post Dej.
UPC Romania reported a turnover worth EUR 173.2 million in 2007, registering an increase worth EUR 16.2 percent compared to previous year. However, the operator also reported losses which were twice the size of those in 2006. In 2007, the losses amounted to EUR 65.3 million, which marked a 107.8 percent increase compared to the level reported in 2006, when the operator posted EUR 31.4 million in losses.
UPC Romania changed management at the beginning of this year as Jack Mikaloff became CEO replacing Richard Anderson who managed the company for almost eight years.

Office Depot inaugurates new Shared Services Center and creates new jobs
Just several weeks ago, U.S. supplier of stationery services and products Office Depot recently inaugurated the new Shared Services Center (SSC) in Cluj- Napoca. The new center is located in Iulius Business Center on a surface of 3,750 square meters and has over 225 employees working on customer service, accounting and financial positions. The activity of the SSC will cover the company’s operations in Europe. So far, operations from England and France have been transferred and in the future, operations for Germany, the Netherlands Belgium, and by the end of the year, Spain, will be transferred. Office Depot does not currently offer products and services to customers in Romania.

Ford, a more recent addition to the U.S. big investors’ league
American car producer Ford closed last autumn the deal to buy a 72.4 percent stake in Romanian state-owned auto assembly plant Automobile Craiova for EUR 57 million.
By the end of this year, Ford would start production at the Craiova plant and intends to reach 300,000 cars annually for a total 2.2 million cars capacity throughout Europe, as announced by John Fleming, president of Ford Europe. “The acquisition of Automobile Craiova by Ford will put Romania top of the list of car makers in South East Europe, which will attract more spare parts suppliers to Romania.” said Calin Popescu-Tariceanu at the signing of the contract. As one more plus of this privatization, he cited the tougher competition between Renault and Ford, which would boost the local car market.
The European Commission approved EUR 143 million worth financial support from the Romanian state to Ford. The American company plans EUR 600 million worth investment at the production facility. The costs for vehicles production line is estimated at EUR 435 million while for the engine production segment requires EUR 165 million investments.
Ford says it is keen to continue to cooperate with all 30 authorized Daewoo dealers. The American carmaker, which says it intends to double its distribution network, adds that such a partnership will depend on whether the dealers are committed to invest in order to reach Ford standards. “We believe that a primary objective for the existing Daewoo dealers is to continue their activities linked to providing parts and service back-up to the Daewoo customer base in Romania.
“In our plans to expand our Ford network we will of course consider all suitable candidates from automotive dealers provided they meet Ford's franchise standards. We are willing to make all the necessary investments to be able to meet growing customer demand and expectations,” said Nadia Crisan, managing director of McGuireWoods Romania, Ford's consultant.