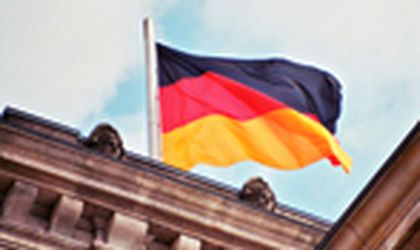 The German retail recipe
Retail is one of the segments German companies have homed in on in Romania, with several companies active on this segment in the country. DIY retailer Praktiker Romania runs a chain of 26 stores locally, opened during seven years of activity in Romania. The German retailer has cut back its investments across Eastern Europe due to worsening market conditions, which has impacted on Romania as well. In the first half of this year it opened just one store in Focsani, a EUR 11 million investment. The firm has also put EUR 2.2 million into expanding its existing shop in Craiova by 2,000 sqm. Last year, by contrast, Praktiker opened five stores in Romania, with investments between EUR 8 and 15 million. The retailer's sales in Romania reached EUR 110 million in the first half of the year, down 14.3 percent on H1 in 2008. The decline in sales was also fueled by fluctuations in the RON/EUR exchange rate. Its sales in local currency were only 1.3 percent down. Hornbach, another DIY retailer, started its Romanian story with two shops in Bucharest, then expanded to Brasov. Having entered Romania in 2007, the company has put EUR 63 million into its two units in Bucharest, and EUR 19 million into the Brasov outlet. It plans to open another store in Bucharest, according to previous announcements. Tengelmann Group runs two retail chains in Romania. One is the Plus discount chain, which has been expanding throughout the country since 2002. Plus Discount has 82 stores in Romania, but it plans to reach 170 shops in total in the next couple of years. So far, Plus Discount has invested around EUR 300 million in Romania. For future developments, the retailer targets cities with over 20,000 inhabitants. The latest store was opened in Deva, the 11th opening this year, which required a EUR 1.6 million investment. DIY retailer OBI, also part of Tengelmann Group, has been among the few new German investors in Romania of late. The retailer opened its first outlet in the country in November last year in Oradea. Now it runs four stores, one of which is in Bucharest. The average investment in an Obi store is EUR 5 million. The cash and carry segment in Romania is represented by two German retailers, Metro Cash & Carry and Selgros Cash & Carry. Metro Cash & Carry is also the largest retailer on the Romanian market ranked by turnover: EUR 1.5 billion last year. The firm, which entered the local market in 1996, has opened 24 retail centers, with an average investment of EUR 20 million each. The latest opening was a shop in Deva. It has renovated eight of its stores, in an investment program worth EUR 40 million. The company is analyzing the market and considering opening other stores, according to its representatives. Selgros Cash & Carry, part of the German group Rewe, has recently opened its 18th store in Romania, with an investment of EUR 38 million. The shop, in the Drumul Taberei area of Bucharest, is also the fourth it operates in Bucharest. The average investment in opening a Selgros store in Romania is around EUR 17 million. The retailer posted an EUR 858 million turnover last year. The Rewe group's other retail chains, Billa and Penny Market, also have a local presence.

Energy companies keep investing, cautiously
The energy and oil and gas sectors also boast important German investors. Linde Gas is a significant player on the gas market with hundreds of millions of euros in investments so far. This year, the company announced that it would invest EUR 250 million in an air separation factory to supply oxygen to the ArcelorMittal Galati unit, which is estimated to be fully functional in two years. Also, at the beginning of the year, the German firm inaugurated a second air separation unit worth EUR 25 million at Otelul Rosu. Part of this unit's production will go to the local plant, controlled by Mechel International Holding. The first state-of-the-art air separation unit, built at Ramnicu Valcea, was inaugurated in 2005 by the German investor.Another well-known name in the energy sector is E.ON. The German company's first investment in Romania was made in 2005, when it acquired the majority share packages in Distrigaz Nord and Electrica Moldova, previously controlled by the state. In the past few years, the company has repeatedly expressed its discontent over the gas and energy price policies implemented by the Romanian Energy Regulatory Authority. “In the current economic context, E.ON Romania's main objective is to consolidate our company's position on the local energy market by developing our client portfolio and ensuring a secure gas and energy supply for consumers,” Frank Hajdinjak, E.ON Romania GM, told Business Review. According to him, last year E.ON Moldova Distributie invested about EUR 43 million, while E.ON Gaz Distributie allotted approximately EUR 50 million to modernization investments. According to Hajdinjak, the company has implemented some draconian measures during the current economic crisis, such as client debt management, in order to keep operations under control.

Car companies cut costs
Automobile Bavaria was established in Brasov in 1994, since when it has extended to cover 10 important cities, with its own BMW outlets. Michael Schmidt, Automobile Bavaria Group president told Business Review the company's total investment in Romania reached tens of millions of euros. According to him, building an outlet with a showroom and service center involves costs of about EUR 3 to 4 million, while EUR 12 million was invested in the BMW headquarters in Baneasa in 2006. But every investment has paid off, he said. “In 1994, when we entered the market, we sold 11 BMW, while last year the number reached over 2,600 new BMWs and Minis, not to mention used cars,” added the president. However, this year the market for luxury cars has declined, with the credit freeze and buyer reluctance the main drawbacks. The Automobile Bavaria Group president said that despite the market situation, the company would soon open a new service center for BMWs and Minis in Craiova, following other million-euro investments made this year. “In May we opened a brand new BMW facility in Sibiu worth EUR 3 million, while in February MAN received a new center in the same city,” said Schmidt. Another important German investor in the automotive sector is Continental. The firm made its first investment in Romania in 1998, in a tire plant in Timisoara. The site, which employs 1,350 people, has received EUR 250 million of investments. Gradually, Continental extended its operations in Romania, and currently owns eight production units and three research and development centers in Timisoara, Sibiu, Carei, Arad and Iasi, a joint venture in Slatina and an Eastern European tire distribution centre in Sacalaz. The slump in the car market has also negatively impacted the company's results. Thierry Wipff, Continental factory manager in Timisoara, told BR that the corporation's main goal was to reduce its net indebtedness – generated by the acquisition of Siemens VDO in 2007 – further. “Additionally we also have to deal with the effects of the financial crisis on the automotive business. In order to respond to all the challenges, we have introduced, corporation wide, an extensive cost-cutting program. This includes various measures. Also, most of the investments for the coming years have been postponed,” said Wipff. According to him, the biggest impediment for Continental at the moment is “the lack of support from the local authorities in Timisoara and the state of the infrastructure, which has hardly improved over the last 11 years we have been here.”

German firms are on the money
German investors have always been well represented on the Romanian financial market. Both German insurance companies and banks are among the most important players. Allianz-Tiriac Asigurari, Euler Hermes, Signal Iduna Asigurari de Viata and German Romanian Assurance are some of the big-name insurers on the local market. Moving onto banks, Commerzbank and Deutsche Bank each operate through a representative office, while MKB Romexterra Bank and ProCredit Bank have branches nationwide. The biggest player on Romanian general insurance market is Allianz-Tiriac Asigurari. The company posted a RON 351.3 million gross written premium revenues and a RON 5.2 million aggregated operational result in the first quarter of 2009. Furthermore, gross written premium revenues on life insurance increased by 7.4 percent on the same period of 2008. “Like the whole insurance market, we're also feeling the effects of the crisis but are managing better the pressure from unfavourable market conditions,” said Allianz-Tiriac Asigurari GM Cristian Constantinescu. Meanwhile, Euler Hermes, member of Allianz Group, is another significant player on the market. It came to Romania in 2003 and last year launched Euler Hermes Kreditversicherungs-AG Bucharest Branch. The firm operates along with Euler Hermes Servicii Financiare. “In the last few years the local economy has increased tremendously and has created a great potential for commercial loans insurance. We are able through our branch to reach the group's international standard in terms of products and services tailored to Romanian consumers,” said board member of Euler Hermes Kreditversicherungs-AG in Germany, Jochen Dumler.Elsewhere, another insurer, Signal Iduna, launched its operations on the local market last year. At that time, company representatives announced that average and high earners were the main target along with employers which intended to retain and motivate their employees. Last year, Signal Iduna's representatives said the company wanted to become leader on the Romanian private health insurance segment in four years. One of the German banks active in Romania is ProCredit Bank, part of ProCredit Holding. It was established in 2002 under the name of Banca de Microfinantare Miro (Microfinance Bank Miro). ProCredit Holding is the parent company of a global group of 22 ProCredit banks and was founded as Internationale Micro Investitionen AG (IMI) in 1998 by the development finance consultancy company IPC. ProCredit Holding is committed to expanding access to financial services in developing countries and transition economies by building a group of banks that are providers of financial services for very small, small and medium-sized businesses as well as the general public in their countries of operation.

Teutonic telecom
Deutsche Telekom AG is one of significant global operators present on the Romanian market. The German company has a stake of 25 percent in Greek operator OTE, which runs two large telecom players on the local market: Romtelecom and Cosmote. However, it currently has no representative on the management board of the two operators. Previously, Panagis Vourloumis, president and CEO of OTE, said there would not be a merger between Romtelecom and Cosmote, and no rebranding, but the two companies would collaborate much more closely than hitherto.