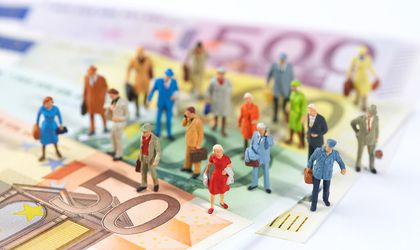 Romania’s Greenfield FDI will maintain a low level, despite the fact that these crucial investments are expected to grow by approximately 6 percent globally this year following a bounce-back to pre-shock levels in 2021, according to GlobalData’s FDI forecasting model, analysed by Investment Monitor. In recent years, Romania has failed to attract new greenfield investments in crucial areas such as the food industry. However, specialists and officials are expecting a new investment in the automotive sector, which already has the highest number of greenfield projects. Local authorities say that a new automaker is negotiating with Romanian officials to open a factory in Cluj-Napoca. The investment will begin with a few million euros, and it will continue for a year or two if the negotiations go well. The manufacturer’s plans include renting out an entire 150-hectare industrial park to support its investments.

Recent reports show that infrastructure financing is up as a result of recovery stimulus packages, but greenfield investment activity remains weak across industrial sectors globally. Greenfield investment remained 30 percent below pre-pandemic levels, on average, across industrial sectors. According to the United Nations Conference on Trade and Development’s study (UNCTAD), only the IT and communications sector has fully rebounded.

Also, investor confidence in the industry and global value chains remains low. The number of greenfield investment project announcements saw very little change in 2021 (-1 percent in number, +7 percent in value), according to the UNCTAD’s Investment Trends Monitor. The number of new projects in global value chains (GVCs)—including intensive industries such as electronics—declined further.

Foreign direct investment in knowledge-intensive business services could continue to rise in Romania, as the sector experienced significant growth at the beginning of the year. Bucharest is becoming increasingly exciting, attracting investments in new service centres. An example of this is Ford Europe’s announcement of a new service centre opening in Bucharest as the company’s latest investment in Romania, following those made at its Craiova plant. Similarly, Booking.com has leased a new headquarters in Bucharest to set up a regional service centre that will employ over 700 employees. The centre will be a hub for highly skilled workforce, industry best practices, software development, and collaboration opportunities for the Dutch group’s Cybersecurity, IT, and Finance functions.

The shortage that occurred during the covid-19 pandemic highlighted our reliance on semiconductors. As economies reopen, the need for chips will grow significantly, with many semiconductor manufacturers outlining major new investments. In 2021, the global semiconductor market rose by 10.9 percent to USD 488 billion, according to World Semiconductor Trade Statistics cited by FDI Intelligence. The microchip crisis has severely affected the auto industry this year, forcing several manufacturers, including Groupe Renault and Scania, to interrupt production.

The Romanian government currently has a microelectronics project in the works. The country has a history in this field, but lately, we have been integrating products made abroad and exporting the output. Romania could become a strategic semiconductor supplier in the EU using funds from the National Recovery and Resilience Plan (PNRR).