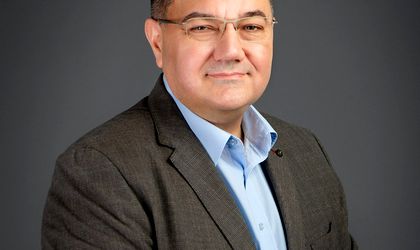 Rising inflation, which accompanied the economic recovery after pandemic shutdowns, has undermined confidence in the Western economies, with central banks acting timidly out of fear of stifling growth and waiting to see if inflation was transitory. But this week, the US Fed moved more decisively, aiming to slow runaway prices and restore confidence in the markets.

The Fed increased the interest rate yesterday night with 0.5% as the market expected. This is the largest increase in the past 22 years. But the news about the inflation in the United States is not very good. “Inflation is much too high and we understand the hardship it is causing and we are moving expeditiously to bring it back down,” Fed Chair Jerome Powell said. He added that there was “a broad sense on the committee that additional 50 basis-point increases should be on the table for the next couple of meetings.” These remarks ignited a rally in Treasuries and stocks, markets fearing that more aggressive, 0.75% rate hikes were on the table.

Similarly, in the eToro Retail Investor Beat survey, 66% of individual investors in the United States stated that they are not confident in their economy, an 11% increase from December last year.

The housing market, which requires long term investment, could feel the effects of this low confidence. Only 30% of Americans consider that now is a good time to buy a house, according to the latest Gallup survey. This percentage is down 23% from last year’s figures and it is the first time since 1978 when Gallup started this survey when this percentage dropped below 50%. This is happening despite the fact that 70% of the Americans believe that the home prices will continue to rise into the next year. US 30-year fixed mortgage rates are already at the highest in 12 years at 5.1%, up 2% this year, showing the power of Fed forward guidance despite the small increase in interest rate that was only 0.25% until yesterday.

Romanians are similarly distrustful in regard to the perspectives of the real estate market. Only 23% of the Romanian investors consider Real Estate as a high potential investment in the next three months, an 8% decrease from the end of last year. 57% of Romanians are not showing confidence in the local Real Estate market. The percentage is 3% higher than four months ago. The eToro Retail Investor Beat is showing that after the military conflict, the Romanian investors fear most inflation. This year almost half of investors plan to invest in crypto assets, one third in domestic and international stocks, a quarter in bonds but only 18% intend to invest in alternative assets, including real estate a decrease from 25% that are already invested in. The uncertainty in the markets is making 42% of the Romanian investors invest the same amount in the next 12 months like last year with 36% declaring that they will invest less and only 22% that intend to invest more.