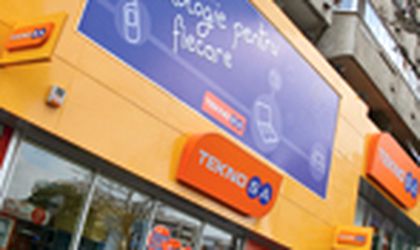 Teknosa will grow in Romania by opening its own new stores, but also by taking over other retail chains. Sabanci Holding took over 51 percent of Primex, the company which operated the home appliance chain Cosmo in Romania. The company launched the Teknosa chain last week by reopening the Cosmo store in Pantelimon following a EUR 1 million investment. It is not the first Teknosa store opened on the premises of a Cosmo store – the first was opened at the end of last year in Bucharest.
Sabanci plans to open over ten new stores this year. The current Cosmo network numbers 50 stores. Another Teknosa will be opened in Euromall Pitesti, while another Cosmo store will be reopened as Teknosa in Ploiesti, said Gheorghe Baba, general manager of Primex. The Cosmo network will be kept as it is in medium and small cities, while in large cities it will be replaced by Teknosa, both with stand-alone stores and with outlets in retail parks.
Teknosa stores will cover some 700 sqm in sales area and require an investment between EUR 200,000 and 400,000, as the company only operates in rented spaces.
Teknosa is the largest Turkish home appliance goods retailer and is fully owned by Sabanci Holding. The company owns 164 stores in Turkey. The Primex takeover is the first foreign purchase by the Turkish group.
Sabanci's plans to start cement production activities in Romania were announced two years ago, when group representatives talked about a greenfield project worth some $150 million for a million tons of cement per year. Sabanci would be the third largest international cement producer in Romania; joining French Lafarge, German HeidelbergCement and Swiss Holcim.