Romania is the smallest international investor in Europe, with FDI abroad 3 times lower than Bulgaria 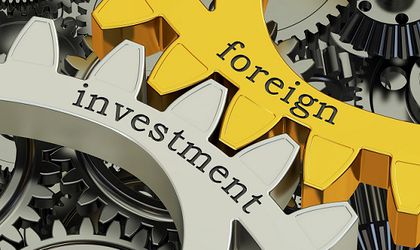 Romanian investors made total direct investment of USD 883 million in other countries until the end of 2017, the smallest amount among the 28 European Union member states and similar to the investment abroad registered by countries like Kenya or Cambodia, according to “World Investment Report 2018” released by United Nations Conference on Trade and Development (UNCTAD).

International statistics show Romania is the smallest international investor in Europe, as local investors prefer to focus on the local market or don’t have enough capital to expand abroad.

In December 2017, foreign direct investments (FDI) abroad of Romanian residents amounted USD 883 million – or EUR 736 million, according to Romania’s central bank data. Data do not include investment of central bank.

But Romania is a very small investor abroad even compared with its neighbours.

The situation didn’t improve much in 2018. Recent National Bank of Romania (BNR) data show that Romanian investors made total direct investment of EUR 772.8 million in other countries until the end of March, up 5 percent compared to December 2017.

Official data show foreign investors made total direct investment of EUR 75 billion in Romania until the end of March 2018, a historical high, up 2 percent (EUR 1.5 billion) from December 2017.