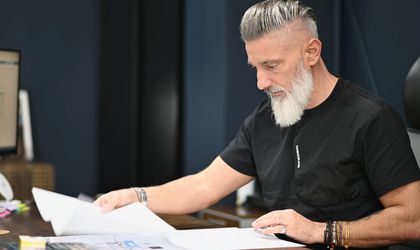 ROCA Investments is announcing the increase of its participation with RDF, at the same time taking over the majority of shares in RDF. The company’s development will continue under the same formula of shared control and partnership between the company’s founder and CEO, Florin Deznan, and ROCA Investments. RDF is also purchasing 100% of Adidana’s share capital, an important domestic distributor of chemical fertilizers. RDF thus doubles its activity level and becomes a national-level player in agribusiness.

“Through this transaction, ROCA is supporting RDF, one of the most important companies in its portfolio, in performing its first M&A transaction. The scaling of the company will continue alongside Florin Deznan, who will go on coordinating the company’s executive activity. Adidana is a company which complements RDF both as business, and as geography, and turns it into a national-level agribusiness player. By this process, of industry-level consolidation, territorial expansion through M&A, RDF will be functioning as a holding-type company, which continues its accelerated development both through organic growth, and through direct purchases of companies active in agriculture”, said Alexandru Savin, Investment Manager ROCA Investments.

Founded in 1993, in Argeș County, Adidana started as a small family business owned by Adrian Ionescu, and is now one of the main distributors of chemical fertilisers in South-Eastern Romania, and also a relevant national player. The company’s business model is based on a platform which integrates the entire operational process – providing inputs, shipping, warehousing, distribution, consultancy for farmers. Thus, the company focuses on the following business lines: sale of solid and liquid chemical fertilizers, sale of fuel and sale of seeds and pesticides.

“Ever since 2019, when I met the ROCA team, I realised it was the right partner to help me maximize the potential of this company I started 26 years ago. While RDF has been seeing a period of expansions, investments, and business-wide reorganization since 2019, it is now the time to start a period where we focus on consolidation and development into new territories. This is how the opportunity of investing in Adidana arose, a company which complements RDF from all points of view, and with it we can say we are becoming a national player. The strategic development does not end here. Over the next period, we are looking to purchase other complementary players on the agribusiness market. Our objective is to become an “one stop service” – a complete solution for the other players in the agricultural field.” said Florin Deznan (main photo), RDF CEO. 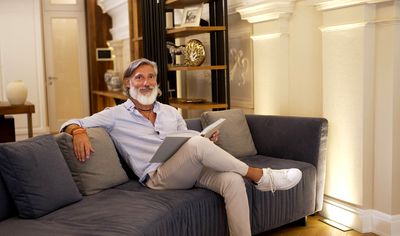 RDF Arad, one of the largest regional distributors of agricultural inputs and at the same time a manufacturer of agricultural products, saw the completion of EUR 5.7 million worth of investments in solutions for warehousing, technology and equipment in 2021, after having reorganized each line of business, introducing new procedures, increasing its team and subsequently increasing its turnover by over 65% in 2020, achieving an operating profit (EBITDA) of RON 4.3 million. RDF’s turnover increased by 40% in 2021.

Agriculture plays an important role in Romania’s economy. Approximately 23% of Romania’s population is engaged in activities related to agriculture, as compared to the European average of 4.9%. The increasing demand on the Romanian agricultural market and the interest in investments in this field continue to place our country among the top cereal producers on a European level. In addition, the agribusiness sector continued to have a significant contribution to Romania’s GDP in 2020, and the activities of the main players had an ascending evolution. The positive results are owed to Romania’s agricultural potential, to the increase in production, as well as to investments in infrastructure and state-of-the-art equipment, made during the last years by the large companies active in this sector, which have contributed to increasing productivity. However, the Romanian agribusiness sector is far from reaching its full potential, but development perspectives are favourable.

ROCA’s mission is to develop a partnership-based entrepreneurial culture, by investing financial resources, know-how, and passion. ROCA is amplifying the potential and accelerating the increase of Romanian companies and brands, so that the dream of many Romanian entrepreneurs should come true.