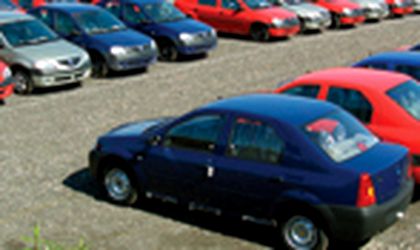 The government's car replacement program has been a breath of fresh air for the major players on the local auto market in a period during which the recession has suffocated sales in this sector. Proof that local car sales are in freefall comes from the Association of Automobile Producers and Importers (APIA), which reveals that 102,000 units were sold in the first nine months of this year, less than half last year's figure for the same period. But car market representatives say that the car replacement scheme has boosted this year's business. “About 25 percent of our sales in the first nine months of the year were made through the renewal program. We sold 20,144 cars during this period, compared with 20,042 units sold in January-September 2008,” Vlad Rusu, Skoda brand manager at Porsche Romania, told Business Review. Similarly, Dacia officials told BR that the government program has served as a stimulus for local sales. “The company is the only player on the local car market which has used up its entire quota allocated through the car replacement scheme. This program played an important role in underpinning Dacia's sales in Romania,” said Silviu Sepciu, head of media relations at Dacia. In this poor economic climate, Dacia remains top of the list of companies by car sales, having shifted 33,509 vehicles in the first nine months of this year, although the number represents less than half the carmaker's sales during the same period of last year. Dacia's positive results have been heavily influenced by the car replacement programs rolled out in France and Germany this year, the main export markets for Dacia. Whether the new administration continues the local car replacement scheme is of concern to all market players. “If the government decides not to run this program next year, the local car market will definitely feel the effects. All importers would report ongoing falls in sales,” Herbert Stein, AutoItalia Group president, told BR.

Drivers steer towards cheaper car
sDuring these tough times, imported car sales have held up best on the more affordable segments. “For AutoItalia Group, sales have been concentrated around the price of EUR 11,000 including VAT,” said Stein. The group sold 5,528 cars in the first nine months of this year, down 60 percent on the same period of 2008. Skoda's brand manager added, “For the small class, sales have clustered around EUR 10,000 including VAT, rising to EUR 13,000-16,000 including VAT for compact cars.” Importers have had to make some big changes to deal with the recession. “We have rapidly ‘cleaned' the car stocks since the beginning of the year, in order to bring to the market offers adjusted to the current economic climate. This means car models configured with less equipment, focusing more on safety, coupled with accessible financing offers,” said Rusu. “We haven't cut costs, but we have spent more efficiently, from using media channels with higher success rates to a more sensible use of company cars.”Meanwhile, the Dacia representative told BR that the main measure the carmaker had taken was to adjust to commercial demand, implement technical lay-off periods from November 2008 to January of this year, maintain stocks at an appropriate level and freeze wages. “At the same time, some Dacia investments that were not priorities for the current year have been halted and expenses were also limited,” said Sepciu.

Further down the road
In order to attract new customers next year, AutoItalia is betting on product variety. “For Fiat alone we have ten models we'll offer to potential buyers. We will also launch the new Punto Evo and a new engine series. Furthermore, we recently opened a new integrated auto complex in Bucharest in order to have broader coverage in the capital,” said the AutoItalia Group president. According to him, the company has invested about EUR 13 million in expanding its dealership network this year. Skoda, meanwhile, is planning a company first: to increase its customer base in 2010 by providing simpler financing products. “We will attract customers next year by continuing to sell car models with equipment appropriate to our customers' demands and to ensure the availability of financing. Regarding new models, we will launch the Combi version of our Superb model and also Fabia and Roomster redesigns,” said Rusu. “We have expanded the dealership network with three new partners this year, while next year we plan to open two new dealerships in the country.”Dacia is also bringing out new products. “Next year we are launching our brand's first SUV. At the same time we shall continue to apply the pricing policy which makes Dacia the most accessible brand on the market,” said Sepciu. The most optimistic market players expect the car market to stay at the same level registered so far this year, far from the sky-rocking results enjoyed before the recession hit.
dana.ciuraru@business-review.ro