Rafar reels but resists as shoppers lose passion for fashion 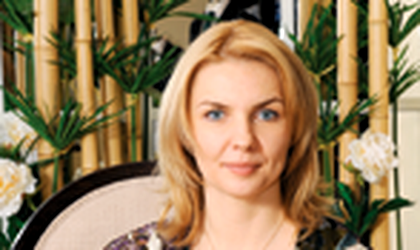 Fashion retail is one of the many areas hit by the consumption slump in Romania, and while some retailers have already decided to withdraw from the market, others are coming up with new schemes to survive. Rafar, the fashion division of local holding RTC, has set itself a target and a challenge in managing to keep as many of the brands in its portfolio afloat as possible. “For this, we're using relocations, replacements and even our own concepts, and creating synergies between the brands in our portfolio to attract more customers and increase sales. We are considering dropping some of the brands or locations we have, where the evolution of sales demands it,” Ramona Stanciulescu, CEO of Rafar, tells Business Review. One of the firm's best known brands in Romania is Debenhams, which in fact brings most of the company's revenues. It makes up 75 percent of the company's sales, while Aldo, a brand which has recently entered Rafar's portfolio, contributes 15 percent to the turnover. Debenhams is also the brand which occupies most of Rafar's retail space across the country, around 70 percent, with its large format stores. And it is Debenhams and Aldo that are top of Rafar's list for further expansion, although the firm is keeping its expansion plans at cautious levels for the coming period. Confronted with a drop in sales of up to 40 percent in comparison with figures from the stores opened last year, Rafar cannot see many reasons to be cheerful, given the current economic, social and politic perspectives. But overall, the firm should manage to increase its turnover this year, due to the opening of new stores at the end of 2008. “If we talk about sales, it is important to know what scenario to compare to, because we are analyzing several versions of the projected evolution of sales this year. We are now working on the optimistic scenario, under which we hope sales of comparable locations to stay at the same level as last year. The pessimistic one foresees an average drop in sales of 40 percent,” says Stanciulescu. This year some of the brands in Rafar's portfolio will post negative profitability rates, due to the drop in sales and the slow progressive fall in rents, which make up the biggest weight in the stores' costs, says the Rafar CEO. So far, the retailer has managed to negotiate rent reductions in several locations and for different durations. “The reductions in rent were for set periods of time, two to three months, even 12 months in some cases, and depending on the economic evolution, we will re-start talks in this area with each shopping center,” says Stanciulescu. The biggest drop in rents Rafar has managed to achieve was 50 percent. “It is very important that the representatives of shopping centers support us with reduced rents. We will ask for prolonged periods and for further reductions,” says Stanciulescu. Another step in Rafar's strategy this year has been to adapt to the current economic situation by developing its Catwalk brand, for which it has opened stores in Plaza Romania, Baneasa Shopping City and even in the commercial galleria of the JW Marriott hotel in the second half of this year. Catwalk is a multibrand store selling shoes, bags and accessories.