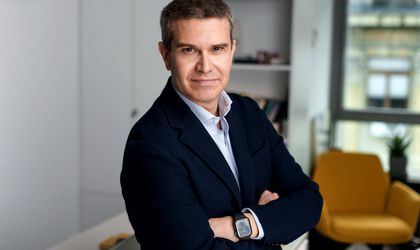 The study analyzed the evolution of the main indicators related to the company’s activity in the period 2016-2020.

Philip Morris International operates in Romania through two entities: Philip Morris Trading SRL and Philip Morris Romania SRL. According to the study conducted by Strategic Thinking Group, in 2020, the company was the second largest player on the FMCG market in Romania and a major contributor to the state budget. Sales of Philip Morris products on the Romanian market generated excise duties amounting to RON 1.9 billion and VAT amounting to RON 0.6 billion. The amounts transferred by the company to the state budget, as taxes, represent the equivalent of 1.7% of the total government tax revenues in 2020. The excise duties paid by PMI in Romania represent 13% of the budget revenues from tobacco excise duties in 2020.

“The impact of the economic activity carried out by PMI in Romania is remarkable. If we refer only to 2020, the total economic impact of the company estimated at RON 4.4 billion. This makes PMI the second largest player on the FMCG market in Romania. The investments of almost 500 million USD made during 2017-2021 made these results possible. During these years, we have transformed the factory in Otopeni into a state-of-the-art production unit for IQOS consumables and other smoke-free products. Today, over 90% of the production of the PMI factory in Otopeni is exported to over 50 countries on five continents. And we won’t stop here! We are investing another $ 100 million by the end of 2023. ” – Daniel Cuevas, Managing Director, Philip Morris Romania

“To give you an idea of ​​what RON 4.4 billion means, the estimated total economic impact of the company, this amount could cover the development of the tube network in Bucharest and Cluj, estimated at approximately 600 million EUR. We have been and will remain a reliable partner of the Romanian state in terms of collecting excise duties and paying taxes. In 2020, PMI collected and paid over RON 2.5 billion to the state, taxes that support the proper functioning of the Romanian economy and society.” – Dragoș Bucurenci, External Affairs Director, Philip Morris Romania

Regarding the number of jobs created by the company in Romania, in the period 2016-2021, the number of employees increased from 858 to 1,178 – an annual growth rate of 7%. The percentage is very important in the context in which the industrial sector in our country registers a decline of 1%. In total, the overall effect of the company on the labour market, including indirect and induced effects, is much greater. The company thus generates an estimated total level of 2,945 jobs in 2020.

An important qualitative aspect, regarding the company’s contribution to the local economy is represented by the average salaries paid to its employees, well above the national average. In 2020, the average gross salary of the two companies was 1.7 times higher than the average gross salary in the economy. Women earn 13% more than men, the opposite of the situation at national level, in which women earn 2% less than men. In addition, a significant part of the company’s employees are young, 19% of them are 30 years old or even younger, compared to the national average of 15%.

“Strategic Thinking Group was able to conduct a comprehensive study because it had many analysis benchmarks. Philip Morris International is a success story in Romania not only as a result of the annual impact on the Romanian economy of almost 1 billion euros. What is important and needs to be stressed is that we are talking about a long-term investment in Romania that meets the essential criteria of a stable and solid pillar of the economy: it develops strong production facilities, builds innovative platforms with the latest technologies in our country, contributes massively to exports, collects and pays a huge amount of tax that turn into public goods for Romania, is a good employer who pays high wages, has excellent productivity and is deeply concerned about the impact of its activities on the environment.” – Remus Ștefureac, President of Strategic Thinking Group

The analysis also includes information on the environmental impact of the Philip Morris Romania factory in Otopeni. The company has set itself the goal of making its plant carbon neutral by 2024 and has taken important steps in this direction.

“The impact of the value added by PMI in the Romanian economy was estimated through a standard procedure, which aims to quantify three types of expenses incurred by the company. The direct impact, first of all, which includes salaries, taxes paid to the state budget and profits generated. Then comes the indirect impact that estimates the effects on the PMI supply chain as a result of the company’s activities. Last but not least, the induced effect, which quantifies the wider impact on the economy of employee spending, both by PMI employees and by employees of supply chain companies in other economic sectors, such as trade or services. ” – Laurian Lungu, macroeconomist