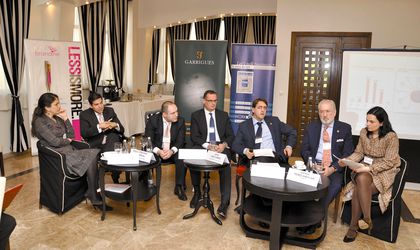 Company representatives attending the Spanish Business Forum organized by Business Review pointed fingers at the local authorities for not taking enough action to solve some of the national business environment’s already deep-rooted problems.

Spanish investments in Romania plunged by almost 85 percent in the first nine months of 2009 against the same period last year, amounting to only EUR 12.6 million compared to EUR 82 million in 2008. This evolution was caused by the fact that almost half of the 3,718 Spanish companies that are active in Romania operate in construction and real estate, which was the industry affected the most by the economic downturn. Eduardo Prieto Kessler, chief economic and commercial counselor with the Spanish Embassy to Bucharest, said that 2009 was an atypical year for Spanish investments in Romania and that there are positive signs for 2010. Some Spanish investors have chosen to leave Romania – not due to a lack of opportunities, but rather because of the way business is done here, he added. Speaking at the event, the Spanish Ambassador to Romania, Estanislao de Grandes Pascual, added that there are opportunities for foreign investors in Romania but the business environment needs more security and guarantees from the local authorities.

The problem of legal certainty was also addressed by Mihai Mares, managing partner at Garrigues, who stressed the need for a coherent legal framework in strategic industries for future investments such as infrastructure, energy – especially renewable energy – and agriculture. Arturo Trevino-Villarreal, manager of international tax services at PricewaterhouseCoopers Romania, added that in Romania it may prove easier for a foreign investor to win a contract than to execute it. The lack of implementation rules and clarification for many laws and the high number of tax inspections discourage foreign investors, he said. Gina Royer, head of the international corporate desk of the major corporate division of BRD-Groupe Société Générale, commented that the particularities of the local business environment call for adapted business strategies rather than copy-pasted ones.The event, which gathered about 60 company officials, was organized in partnership with Garrigues and sponsored by Marsh and PricewaterhouseCoopers. More information can be found at www.business-review.ro.