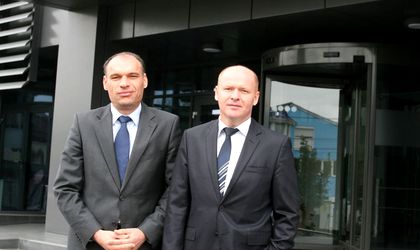 Pavăl Holding is the investment vehicle of Pavăl family, the largest local entrepreneurial group, which owns Dedeman and multiple other high-profile investments in Romania.

The parties involved aim that, following this partnership, Farmacia Tei and Bebe Tei will address an exponentially larger number of customers in the future, continuing to focus on the quality of services offered both in physical locations and through online stores.

Karina Pavăl, representative of Pavăl Holding: “We are happy to have the opportunity to join forces with Roxana and Irina. We will provide our full support for further consolidating the market position of Farmacia Tei and Bebe Tei. We would like to thank to KPMG and KPMG Legal – Toncescu și Asociații for the support granted and for coordinating a smooth process until signing.” 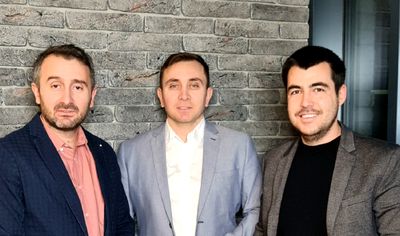 Established in 1992, Farmacia Tei is specialised in the retail sale of pharmaceutical products, being a benchmark in this field due to its customer-oriented business model. The product policy, the consultancy offered to the clients, as well as the extension in new locations, helped the Tei brand to achieve a position that allowed the development of one of the most famous pharmacies in Romania.

Bebe Tei was initiated in 2011 as an innovation of Farmacia Tei, operating as a separate entity since 2014. Bebe Tei’s mission since its opening has been to bring parents an original concept of stores that meet the needs of the whole family, adapting the assortments and offering a wide range of over 60,000 products.

The integrated team of attorneys and advisers from KPMG Legal – Toncescu și Asociații, KPMG Advisory and KPMG Tax, led by Laura Toncescu, Bogdan Văduvă and René Schöb assisted Pavăl Holding in the acquisition of 30% of the shareholding in Farmacia Tei and Bebe Tei.

Laura Toncescu, Partner KPMG Legal – Toncescu și Asociații: “We would like to thank to Pavăl holding and Karina Pavăl for their trust when choosing us for delivering complex services for such an important and reference transaction for the local pharma and baby products retail market. For myself, Dragos and the entire team it was a pleasure  and a professional achievement assisting with this transaction, which is the starting point of a transformational partnership for Farmacia Tei and Bebe Tei, with positive impact for the entire market.”

Bogdan Văduva, Partner KPMG Romania, Head of Deal Advisory: “We are honoured to have assisted Pavăl Holding and to have worked closely with Karina Pavăl on successfully completing this transaction. This investment confirms the trust of Pavăl Holding in the local economy, in strong entrepreneurs and in the potential of Farmacia Tei and Bebe Tei to further reshape the traditional retail models. Best luck to Roxana Maftei and Irina Ciubotaru, who will continue to run both businesses, benefiting from the strong support of a reputable partner. We thank to our integrated team for the continuous provision of quality services in complex transactions.”

Clifford Chance Badea, the local office of global law firm Clifford Chance, advised Grupul Tei in the sale. The team of lawyers who worked on the transaction for the Tei Group included Nadia Badea, partner and coordinator of the M&A practice, and Radu Costin and Alexandra Voicu, senior associates. Aspects related to the notification process to the Competition Council are being coordinated by Eleonora Udroiu, Of Counsel, and Maria Ciulică, lawyer.

“We are glad that we were involved in such an unique and extremely interesting transaction for the Romanian business environment, which confirms the potential and maturity of local companies. We hope that we will see more and more such transactions in the future,” says Nadia Badea, partner and coordinator of the M&A practice at Clifford Chance Badea. “The entrepreneurial spirit manifested itself throughout the entire collaboration, as each party showed a pragmatic and constructive approach so as to reach the best result for both parties.”

The lawyers of Clifford Chance Badea advised throughout the entire transaction, from deal structuring to due diligence, negotiation and drafting of related documentation, as well as the notification of the deal to the Competition Council.