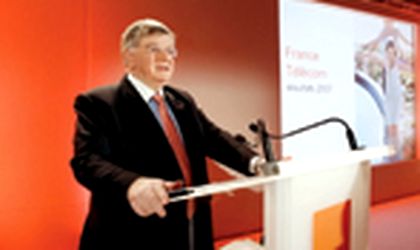 The CEO said Orange would not rule out possible acquisitions on the local market which could facilitate the expansion of the company's service portfolio. “We are trying to consolidate our activities and of course we are going to consider some acquisitions if necessary. The new policy is that if we are trying to do something new and we need abilities that we do not have, we try to purchase the company that has these abilities,” said Lombard. In his turn, Richard Moat, CEO of Orange Romania, said “We are open in this direction but currently we are not in discussions.”
When asked about Orange's rumored intention to acquire UPC on the local market, the company's representatives neither confirmed nor denied it. At the end of January, Orange Romania and UPC tested a joint offer in several cities: Ploiesti, Tulcea, Giurgiu, Suceava and Focsani. This was a quad-play offer made up by a triple-pay package from UPC (which included landline telephony, data services and television) on top of which customers were encouraged to acquire a new mobile voice subscription from Orange. Each operator offered a EUR 10 discount to customers who signed up. The offer was tested for a limited period until January 31 and, according to Moat, discussions will take place, in order to determine whether the quad-play package will be launched permanently.
“Depending on the results of the analysis, we will discuss with the management of UPC Romania to see how we can expand the collaboration between the two companies,” said Moat. In Romania, Orange will continue its program of investments both in developing the network and creating and launching new services, focusing both on attracting new customers and maintaining profitability, the representatives of the company said at the press conference.
In a previous interview with BR, Moat said the investment budget for this year was EUR 200 million for network development, improved products and services and new Orange shops.
The CEO of Orange Romania also announced that the company was interested in taking part in the bidding to acquire a WiMax license to increase its capacity for network data transmission.
Orange Romania and Vodafone Romania have also started site sharing, using common locations where their antennas are placed in order to cut down on investment expenses and increase the degree of coverage to various parts of the country. “Both Orange and Vodafone can place, depending on the architecture of the networks, equipment in the locations of the other operator. The process was initiated in 2007 and we already have several hundred locations (400) that we are using in common with Vodafone Romania,” said Moat. Orange and Vodafone started applying this method first in Great Britain and the collaboration expanded to Spain.
Orange Romania is the leader of the telecom market in terms of customers, followed by Vodafone, its main competitor, with 8.8 million users. The other telecom operators on the market are Cosmote with 3 million users, Telemobil (Zapp) with more than 500,000 subscribers and recently RCS&RDS.