Study by ROTSA: 70% of Romanian technology start-ups were affected by COVID-19 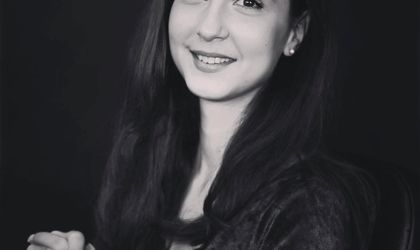 Approximately 70% of Romanian technology start-ups have been affected by COVID19, according to “Impact of COVID19 on Technology Start-ups in Romania”, the first study in this regard initiated by the Romanian Tech Startups Association (ROTSA), in partnership with over 130 players in the national start-up ecosystem.

The research that the study was based on has been conducted between February and March 2021 on a sample of 117 technology start-ups in Romania.

In order to make decisions aimed at mitigating the impact of the pandemic, start-up founders consulted with the entire team (50%) or the advisory board, mentors and coaches (49%), while 39% received advice from other entrepreneurs. The response of start-ups to the pandemic was influenced by the level of development and maturity (no. of years on the market, number of employees and income). We found that start-ups have made changes in three major areas: employees, finance and market positioning. While some start-ups have downsized all their operations, others went in the opposite direction and chose to grow their teams and increase their investments. Others have balanced lowering administrative costs with team expansion, or increasing marketing budgets to gain a higher market share.

Romanian technology start-ups have an average income of 150,000 EUR

The profile of a Romanian technology start-up is: locally registered organization, active on the market for less than 4 years, with less than 4 employees and a turnover of approximately 150,000 EUR per year. 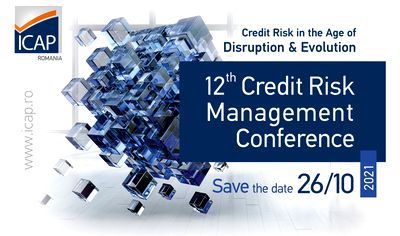 The most thriving ecosystem of local technology start-ups is located in Bucharest, followed by Cluj, Timiș and Bihor. Also, the most significant evolution of the start-up ecosystem in Romania occurred in 2017, when the number of newly established technological start-ups almost tripled compared to the previous year.

The main markets represented or targeted by the Romanian start-up ecosystem are in Europe, France, Spain, Italy and 41% of respondents indicate the USA as their main market. The highest revenue and the highest number of employees are in Automation, Fintech, and Marketing.

“The study shows the impact of the pandemic on technology start-ups, but it also identifies strategies, programs, and services designed to accelerate the development of the entrepreneurial sector in the technology field. With this study, we launch ROTSA Digital Hub, an initiative that supports technology, energy, sustainability, renewable energy start-ups through three types of actions: mapping, free promotion, mentoring and education “, states Cristiana Bogățeanu, Executive Director of ROTSA.

ROTSA Digital Hub will create an interactive map of technology start-ups and business angel investors, will publish weekly articles dedicated to a start-up, will organize hackathons followed by incubation programs and mentoring actions in partnership with a network of collaborators. Also, a dictionary of terms specific to the start-up field is being developed, also by means of joint action.

ROTSA Digital Hub will be a part of the network of 9 digital hubs corresponding to each of the partners in the Danube Energy + project. Danube Energy + is a project that takes place in 9 European countries (Bulgaria, Czech Republic, Croatia, Germany, Romania, Serbia, Slovakia, Slovenia, Ukraine) and is aimed at any enthusiast, no older than 35, who has ideas meant to transform the energy system into a green one. The project, with a duration of 3 years, aims to accelerate the development of innovative start-ups in the region that will contribute to the sustainable transformation of the energy system. Danube Energy + ends in Romania today, July 13th, with the launch of ROTSA Digital Hub. The mission of the program is taken over and expanded by ROTSA. Through promotion, mentoring, and education, this new Hub will support not only the start-ups in the energy field but all the technology start-ups in Romania.

“The start-ups operating in the technology field bring to the fore innovation, creativity, and collaboration in the Romanian economic environment. They put us on the international map. We are aware of their need to be guided, to be supported in their internationalization initiatives, we know they need to identify sources of funding for their growth. Thus we understand their need to access opportunities and through this study, we aimed to find out directly from start-ups how they were affected and what their needs for development are. The projects that have been carried out so far, as well as our future projects, are and will continue to be strengthened with the help of the community that we have managed to gather around us “, states Cristiana Bogățeanu, Executive Director of ROTSA.

Verifone Increases the Team of Specialists from the Innovation Center in Bucharest after...