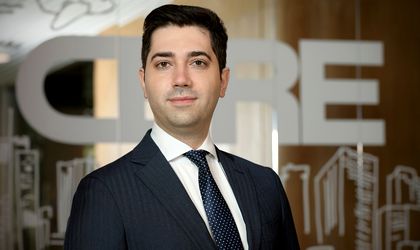 “We are proud to have advised the sale of a such a successful project as ELI Park 1, which demonstrates the capabilities of Romanian developers and the excellent results you can obtain from the development and sale of logistics projects. Industrial and logistics has been a top priority for CBRE and we are happy to have recorded our second transaction on this segment this year”, said Mihai Patrulescu, Head of Investment Properties, CBRE Romania.

ELI Park 1 is developed in joint venture by Element Industrial and Paval Holding in the north west of Bucharest, at 4 km from Capital Ring Road, on national road DN7. With 50,000 square meters, the project is anchored by major tenants such as Artic, Paste Baneasa, Décor Floor, Mobilier 1, Euro Games Technology, NOVOMATIC and Kalapod.

“The investors’ interest for good quality industrial projects is growing and the entrance of Fortress REIT on the local market is a new vote of confidence for Romania. We estimate that this year will see transactions in excess of EUR 250 million on the industrial market”, highlighted Mihai Patrulescu.

Over 25% of the investment volume, generated by the industrial projects

The total real estate investment in Romania reached EUR 303.6 million in the first half of the year, according to the latest data from CBRE Research. Looking at the sectors, the top two front rows are claimed by the office and industrial markets. The office sector represented 64% of the transacted volume, while the industrial sector 26%.

Bucharest attracted more than half of the investment volume, respectively 67%, in five transactions with office and hotels, while twelve deals representing 33% of the total volume were closed in regional cities, which attracted investors mainly with industrial schemes.

In terms of purchaser’s nationality, the overwhelming amount of capital, representing 67% from the total volume was brought by Austrians, followed by Americans and Czechs, each claiming a share of 8% from the invested capital. Buyers from South Africa, Sweden, Switzerland, Germany and Greece participated with shares of 6%, 5%, 4%, 3% and 2%, while Romanians contributed with only 1% at the total amount directed towards Romanian real estate properties during the first half of the year, according to CBRE Research.

New deliveries of 240,000 square meters on the industrial market

The Romanian industrial modern stock reached approx. 5.38 million square meters at the end of the first half of 2021, after 240,000 square meters were delivered in the first six months, according to CBRE Research. Half of the total new supply was added to Bucharest’s industrial stock, while the other half represented expansions of West / North West, South and Central industrial hubs. Bucharest remains the largest industrial hub in Romania, gathering 2.68 million square meters and continues to be amongst the first option for expansion or first entry area for most developers, as in the last five and a half years it attracted at least half of the yearly deliveries.

The vacancy rate for the country’s modern industrial stock stands at 5.5% in the first six months of 2021, while Bucharest’s vacancy rate reached at 6.0%, values on a descendent path compared with the last semester of 2020. Headline rent in logistic parks kept a stable pace, remaining at EUR 3.90 sq m/month, while the net effective rent is EUR 3.50 sq m/month for a 5,000 sq m unit, shows the CBRE Research data.