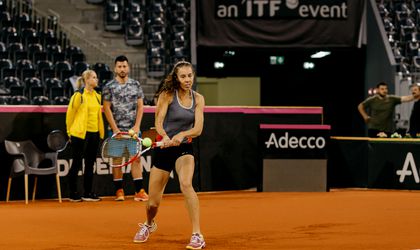 The 30-year-old Romanian is playing her first Roland Garros and came into the tournament with a poor record in Grand Slams: she had never won a main draw match before. Her 6-3, 7-5 defeat of the Rome champion and a hot favourite of the tournament is remarkable, taken into account also the fact that Buzarnescu was ranked World No. 377 just 12 months ago.

Buzarnescu made 31 winners in the 97-minute match, while Svitolina only managed 11, and also put 29 unforced errors to her name.