Leumi ends negotiations, signs agreement with Argo for sale of its Romanian bank 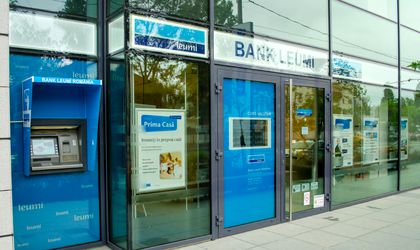 Leumi, Israel’s second bank, has finalized negotiations with British investment company Argo Capital Management to sell his unit in Romania.  The bank’s board of directors approved and signed the transaction with Argo.

At the beginning of the year, Leumi signed a principled agreement to sell its 99.91 percent stake in Bank Leumi Romania as part of its strategy to focus international operations in major financial centers through its US and UK subsidiaries. Argo Capital is a subsidiary of the British investment fund Argo.

The completion of the transaction is still conditioned by several preconditions, including pending regulatory approvals. In January, at the time of signing the agreement in principle, the Israeli press indicated that the transaction was valued at around EUR 100-120 million.

In Romania, the Argo group is active in the real estate market through a division that invested in shopping centers such as TerSuceava Shopping City, ERA Shopping Park Iasi and Oradea as well as Shopping City Sibiu, the last shopping center being sold in 2016 to South Africans from NEPI Rockcastle. The Argo Group has submitted a letter of interest last year to Marfin Bank.

Bank Leumi has been present in Romania since 2006, with a network of 15 units in 12 cities, with 4 units in Bucharest. In November 2015, Leumi announced that he had decided to sell some of his small subsidiaries in Europe, but only then sold the assets of his subsidiary in Luxembourg to Banque J. Safra Sarasin for uSD 3.5 million.

Cyber-crimes on the rise. How to avoid being a victim of a phishing attack