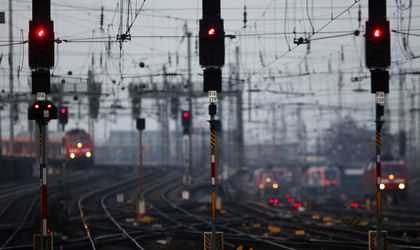 The BRASIG Strabag -Swietelsky  association is the winner of a RON 3.14 bln (EUR 670 million) contract for rehabilitation of 86 km railway between Brasov and Sighisoara. The tender was held by Romania’s national railway carrier CFR.

Between Brasov and Sighisoara there are 128 km, and because of the speed restrictions the trains record travel times of between 155 and 200 minutes. There are seven trains per day that run on this route.

The National Railway Company CFR SA awarded the contract to BRASIG Strabag -Swietelsky after completing the public tender procedure. The contract provides for the modernization of Brasov – Apata and Cata – Sighisoara subsections, located on the Brasov – Sighisoara main section, part of the Rhine-Danube Corridor, for the circulation of passenger trains with a maximum speed of 160 km / h.

The financial offer of the BRASIG Strabag – Swietelsky Association was of RON 3,143,153,533.29 without VAT. The public procurement contract was concluded and signed by both parties at the end of the legal appeal period.

The modernization of the sub-sections Brasov – Apata and Cata – Sighisoara, with a total length of 86 km, is funded via non-reimbursable funds and funds from the state budget, and the duration of the execution will be 48 months from the issuing of the order of commencement of the works.