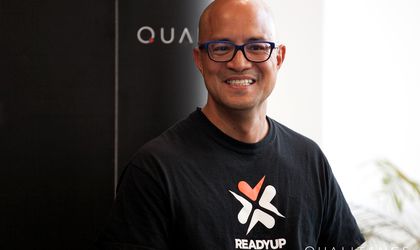 San Francisco-based esports networking platform Ready Up, developed in Romania by Qualitance, will launch its own cryptocurrency, called GG, as well as a marketplace where users can buy and sell skills. The platform, whose investors include Adam Draper, son of legendary tech investor Tim Draper, is set to go live in beta mode in September. BR spoke to Ready Up co-founder and CEO Roderick Alemania (photo) in Bucharest about the platform’s potential to become the place where esports enthusiasts can network, train and make money.

While in Romania the esports market is still emerging, elsewhere it is making big money for publishers, esports tournament organisers, and, of late, players who stream to global audiences of millions. The most popular Twitch streamer, for instance, 26 year-old Tyler Ninja Blevins, told Forbes in March he was making in excess of USD 500,000 per month playing Fortnite, a survival game published by Epic Games.

According to Newzoo, the global leader in esports, games, and mobile intelligence, the value of the global esports market is expected to near the USD 1 billion threshold. Its latest report, published in February, forecasts that in 2018 the global esports economy will grow to USD 905.6 million, up by 38 percent year-on-year. By 2020, under the current trajectory, the industry will reach 1.4 billion.

A LinkedIn and Yelp for gamers, and more

Catering to a potential audience of 380 million, Ready Up describes itself as a platform where esports enthusiasts can ‘meet, compete and get better.’ Specifically, it will enable its users to meet and connect with gamers they like, compete against other teams more easily with the support of group management tools and train by accessing a global marketplace of gamer services.

“There are a couple of competitors in this space, but they’re all relatively new companies that appeared in the last year, but in terms of the suite of services we are offering we’re definitely one of the first companies,”  Ready Up co-founder and CEO Roderick Alemania tells BR.

While Ready Up aims to be a global player, it will first target the English speaking countries. “We will start with North America obviously, but we feel that Ready Up is solving challenges of the global gaming community, because finding gamers you want to play with is a global issue. Then, there are a few people who created coaching apps that are doing well, but no marketplace,” he argues.

As for their competitive advantage, Alemania, who set up Ready up together with gaming veteran Jonathan ‘Fatal1ty Wendel, it lies in a mix of solid industry connections and top calibre investors, which give the startup the ability to ‘get deals done.’ “Probably, our competitive advantage is the team I’ve been able to assemble,” he says of his San Francisco-based team of nine, hailing from the US and Canada.

“Most of us have been working in the gaming space in the last 15-20 years. So we’re really well connected at all levels with all the major gaming companies, with a large part of the video gaming community, with a lot of the teams,” he says. ” So in the short term, for a startup, assuming that you can execute a product, what is all boils down to is ‘can you get deals done? And I think that’s going to be a massive competitive advantage over everyone out there. Because a lot of the people we’re talking to – that would be potential partners – are people we’ve grown up with in our careers with. They are the ones running a lot of the e-sports initiatives right now,” he explains. To that, the Bucharest-based Qualitance, which is also an investor, adds its own team of people, raising the total number to about 25. 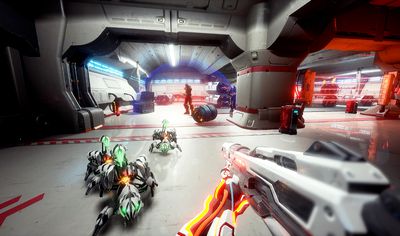 Launching GG – ‘the engine of the new global gaming economy’

ReadyUp will drive revenue leveraging value exchange advertising, services, such as premium team management, digital goods such as a limited number of of badges/icons/skins that can be displayed on a consumer’s ReadyUp profile and through marketplace fees.

Interactions on Ready Up will be driven by a crypto currency token, the GG. While not the first gaming platform to launch its own cryptocurrency, the startup’s co-founder explains, Ready Up “is probably the first to take a pragmatic approach to cryptocurrency.”

“When you look at a lot of the existing cryptocurrencies, you will see there usually is a cryptocurrency running a singular economy, for instance, an app’s economy,” he notes. “The way we’re approaching our token is that Ready Up is just the first use case and it should be something that we should proliferate across different gaming properties,” the entrepreneur explains. “And the value proposition for the GG token for businesses is that you can reward consumers for doing high value actions. That might be register, might be ‘refer a friend’ or ‘get to level X.’ That’s a high value action if you’re a user. If you’re a tournament provider, that could be ‘enrol in my tournament.’

Summing up, Alemania says, “what we’re trying to create with GG, is the engine of the new global gaming economy.” For this to happen, all actors that meet on the platform, namely publishers, users and businesses, must buy into the business model and see the business case of using the GG. The first step towards this, the entrepreneur explains, is creating a market. “You need someone who wants to earn and provide a token and someone who wants to spend token. For the businesses, they want people to do high value actions, because it drives their business. For the consumer, what this token does is bring new revenue streams around their passion for gaming. That could be – play a game, view an ad, or it could be a combination of things. A combination offering services around their passion for games for users to start monetising their passion for gaming.”

Apart from token transactions, the platform will also use blockchain to store users’ reputation. “You will be able to look at a profile and find the answer to the question ‘What are they like as a gamer?  Are you the person I want to play with? Think about it as a gamer’s Yelp,” Roderick explains. That is something we can store in blockchain. We can use that data also to match people,” he adds.