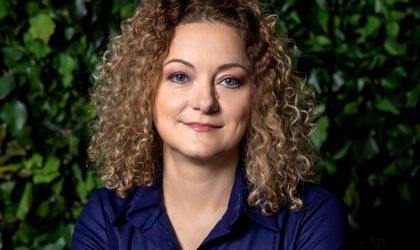 More than 2,4 billion sticks of illicit cigarettes were consumed in Romania in 2021**, despite the descending trend in the last 3 years, when the illicit trafficking rate dropped by more than 6 pp.

Since the beginning of the year, authorities have dismantled two illegal cigarette factories, with tobacco products worth 2.8 million euros on the Romanian territory. The most vulnerable in front of illicit trafficking are the young and low-income people. Smuggled cigarettes are sold at prices up to three times cheaper than those on the legal market and traffickers do not observe the law on the buyers’ age. In 2019, the Romanian Parliament established April 21st as the National Day against Illicit Trafficking of Goods.

On grounds of extensive efforts to stop illegal activities at the country borders, the cigarettes black market in Romania remained below 8% in Q1 2022, as compared to almost 14% in 2019, according to Novel Research. However, Romania remains the country with the highest smuggling volume in Eastern Europe and the annual state budget prejudice amounts to over 2 billion lei (equivalent to 63 km of highway, according to official estimates).

„With 25 years of investment activity in Romania, BAT remains a partner of the state authorities in combating illicit trafficking. Every year, we run national information campaigns and effective actions in support of the Romanian authorities, aimed to significantly contribute to reducing the smuggling volume. In 2021, on grounds of decreasing the black cigarette market volume, BAT paid the Romanian state budget about 1.25 billion lei more than the previous year, reaching almost 11 billion lei contributions through excise and taxes. A low level of illicit trafficking and a predictable fiscal framework for all categories of nicotine products are the main conditions for maintaining a favorable investments context and, thus, for the increase of contributions to the state budget,” stated Ileana Dumitru, Legal and External Affairs Director, Central Europe South Area within BAT.

Smuggling is holding back the economic development at the country’s borders.

In 2021, with over 55 million smuggled cigarettes seized in total in the north of the country, Satu Mare, Suceava and Maramures counties record the highest level of smuggled cigarette seizures in Romania, according to www.stopcontrabanda.ro. According to the GfK Purchasing Power Europe 2021 *** report, the northeastern part of Romania is also the least developed, with a purchasing power of only 71.2% compared to the national average and a third compared to the EU average. The average salary in these counties is below the threshold of 3,000 lei net per month, with approximately 20% below the national average, according to INS – National Institute of Statistics.

Online trafficking, on the rise

In the online environment, smuggling is a phenomenon in the attention of the authorities in recent years, and its magnitude is not yet sufficiently known. According to the latest OECD and EUIPO (European Union Intellectual Property Office) **** study, the pandemic period has seen an increase in the volume of online illicit trade in counterfeit products, and tobacco products in this category are one of the main targets.

Data on the evolution of cigarette seizures in Romania are centralized in real time on the platform www.stopcontrabanda.ro, a BAT initiative that aims to support the authorities by centralizing information on contraband seizures across the country, but also to inform consumers about to the effects of cigarette smuggling on society. The campaign is carried out in partnership with the Romanian Police, the Romanian Border Police, the National Agency for Fiscal Administration (ANAF) and the General Directorate of Customs.

The “Stop Smuggling” campaign was launched in the spring of 2017 by BAT to create a unique information point on cigarette smuggling.

BAT and One Night Gallery bring FULL SPECTRUM EXPERIENCE at SENAT Gallery in...