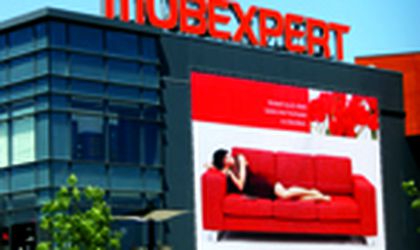 Local businesses started in the 90s were either to keep, to sell, or keep some and sell some. A special category is that of businesses which originated in Romania but expanded either regionally, or even at European level.

Keep some, sell some
Retailer and distribution group RTC, founded and controlled by businessman Octavian Radu, has opted for a “keep some, sell some” approach. After growing its business in the last 15 years from stationery, bookstore, retail, distribution and IT&C, Radu decided to sell parts of it, focusing on others and entering new segments. The holding numbered 50 companies but has started to sell some of them, after the head re-organized the company.
RTC, owner of Diverta stores, sold Best Distribution, Aqua Regis and Pay Point, and will cast off three business lines by the end of 2008 and list a package of 25 percent of the group, or some divisions, on the BSE.
The activity of the group will be more focused, especially on distribution and retail, after it brought the Debenhams brand to Romania. Currently two stores have been opened under this brand.
RTC Holding reached EUR 261 million in turnover in 2007 and is expected to increase it to more than EUR 300 million in 2007.
Former local tennis player Ion Tiriac started doing business in Romania in 1990 and has built a holding which gathers companies in the banking sector, insurance, leasing, real estate, retail and auto. He has teamed up with foreign players which entered the local market from an early stage – like Metro Cash & Carry, for example, and insurer Allianz.
Tiriac started working on real estate in 1994 and is now focusing on real estate projects through Tiriac Imobiliare, which plans to put more than EUR 1 billion into development in the coming years.
Although he decided to keep the company under local control, Tiriac has previously sold assets. Ion Tiriac Bank, set up in 1991, merged in 2005 with HVB Bank and went on to create the existing UniCredit Tiriac bank.
Banca Transilvania is the biggest local bank majority owned by private individuals, although since 2001 the European Bank for Reconstruction and Development has held 15 percent of its shares. A BSE-listed company, Banca Transilvania was set up 14 years ago by several Cluj- based business people. The bank has slightly expanded country wide and has added other entities to the group. One of them, BT Asigurari, was sold last year to French insurer Groupama in a deal worth EUR 90 million.
The bank numbers over 460 units countrywide and has reported EUR 102 million in net profit on 2007, almost three times the figure reported in 2006. Its assets were worth EUR 3.8 billion in 2007, making it the fourth largest bank in Romania, assets wise.
EBRD holds the biggest share package in the bank, with 15 percent. Other important shareholders in Banca Transilvania are Horia Ciorcila, the president of the administration council, with five percent, and Robert Rekkers, CEO, who owns less than one percent.
Tiberiu Urdareanu, who created physical security, IT and communication systems group UTI, decided to sell 30 percent of the company to investment fund AIG New Europe Fund, for $20 million in 2005. The sale came 15 years after the group was set up by Urdareanu, who had controlled 97 percent of the group prior to the sale.
UTI is now 25.5 percent controlled by AIG, with Urdareanu holding 59.9 percent of the shares, and the remainder staying in UTI employees' hands.
The group, including more than ten companies with activities in Romania, the Republic of Moldova, Italy and Holland, posted EUR 120 million in revenues in 2006, and was hoping for EUR 450 million in revenues by 2010.