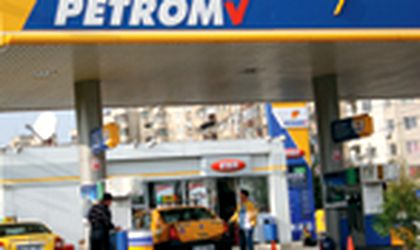 Last week one piece of news went round the world: the price of oil, established in New York, broke the bank at $91 a barrel. According to Bloomberg, the price increased due to a decrease in American oil stocks, but also because of worries that the oil provisions from Middle East will be interrupted.
The news brought immediate reaction in Bucharest too. According to financial analysts, the increase of oil prices on the international markets are expected soon to affect the Romanian economy with the first ripples being higher prices at the petrol pump.

The situation is predicted to boost food and services prices.
“An increase in the price of oil on international markets by 10 percent leads to an increase of prices at local gas stations of 3-4 percent. The increase will not be felt immediately, but only after the present stocks are consumed, which means a production period of 21 to 45 days,” said Dinu Patriciu, CEO of Rompetrol.
Financial analyst Ilie Serbanescu said recently that the oil and gas company that will set the tone for oil price increases will be Petrom. “The Austrians have every reason to align the local price with the one on the international market, because their profits will decline,” said Serbanescu.
He was right. Petrom announced new prices for the oil products sold in its own retail network starting October 26. The price of the gasoline and diesel sold in Petrom filling stations will be increased by 0.06 lei/liter.

Pessimistic forecasts
The market is very sensitive to changes in the price of oil and companies in the field say it is hard to see how international prices will develop as there are considerable short-term fluctuations. Despite this reticence, Patriciu thinks it might reach $150/barrel in the next year. “One year ago we talked about the fact that the price of oil had surpassed $100 per barrel. Today, some investment banks predict that the price will vary between $100 and $150 per barrel in the next six to twelve months It is an evolution linked with the disequilibrium between stocks and consumption,” says Patriciu.
Analysts say that the evolution depends on several factors. The most important one seems to be the USD exchange rate compared to the euro, yen and pound, say some industry pundits. The weak American dollar generated an increase in demand from traders from the non-dollar oil and gas industries, which led to an increase of stocks, one of the factors that led to last week's price increase. “To this situation was added the political tension between Turkey and Iraq which threatened to interrupt the oil and gas flux in the area, the huge demand from China and India, the continuous activity of [Hugo] Chavez in Venezuela and the uncertainty from several other conflicts in the world with direct implication on oil supply system,” Andrew Costin, president of Petroleum Club, told Business Review. According to him, international organizations have already decided to take immediate action to reduce the influence that the oil price increase will have on local markets.
“For instance, the Organization of the Petroleum Exporting Countries (OPEC) has decided to increase production from November in order to halt the price rise during the winter period,” said Costin.

How petroleum companies are affected
It is obvious that oil and gas companies will gain from the situation, especially on the refinery sector.
Officials at OMV, the company which owns Petrom, told Business Review that when calculating fuel prices they allow for a certain fluctuation in the oil price.
“We calculate with a price ranging from $60-80 per barrel for the next one or two years. We expect the main market drivers (crude oil price, refining margins and the USD exchange rate) to remain highly volatile this year,” said Thomas Huemer, OMV's spokesperson.
Meanwhile, Rompetrol representatives have said that any change in the price is immediately felt in the profit range.
“Everywhere in the world, the profit range has dropped at the same time as the increase in the price of oil. The evolution of the exchange rate directly influences the final price at gas stations, especially the USD evolution. We raised the refinery capacity and this year we will probably reach 3.9 million tons compared with 3.4 million tons last year,” said Patriciu.
Market analysts say that there is one positive side of this evolution. “The increase of oil price opens up the road for investments in renewable energies. The higher the price, the higher the interest in green energy solutions will be,” says Andrew Costin.
What is certain is that this “maximum record” in the price of oil will be broken if analysts' forecasts remain the same, meaning $150 per barrel of oil: “good” news for the local companies raring to increase all prices, “due to the increase in the price of oil.”