Any beer lover knows that a hot summer’s day and a cool beer go together like a horse and carriage. Summer is also that time of the year when brewers throw big money at promoting their brands and it is typically money well spent as these are the months when beer companies register their largest sales.

Last year the beer market decreased by 13 percent according to the Romanian Brewers Association, and the current economic context makes for some reserved estimations in 2010. Consumption decline and the challenges brought about by a market that has matured over recent years are making local brewers reconsider their strategies for 2010.

“We are still dealing with a strong and developed market, with top international players and balanced portfolios, which makes it necessary to take a differentiating approach in order to gain market share,” Doron Zilberstein, marketing vice-president of United Romanian Breweries Bereprod (URBB), told Business Review. 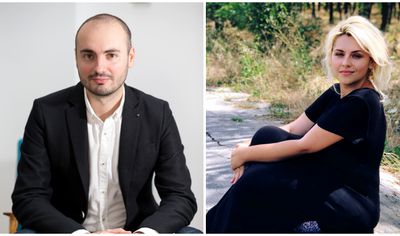 Beer sales during the summer months can increase by up to 30 percent against another period of the year. From launching new products and offering exotic trips to sponsoring music festivals and sports teams, brewers aggressively promote their brands in order to boost sales. “July and August are the best months as warm weather increases beer consumption. August is for instance a few times higher than winter months,” Grant McKenzie, marketing vice-president at Ursus Breweries, the local subsidiary of SABMiller plc, told Business Review.

In his opinion the Romanian beer market in recent times can be described as colorful, volatile and exciting. “In other words, it has changed significantly each year in terms of size, shape and competitive landscape,” McKenzie added.

He said that the decline of the beer market was driven by economic conditions which have also changed consumer behavior. “We see consumers looking for quality instead of quantity. They would rather go out less, buy less, drink one beer instead of two, but an excellent beer that they will enjoy. This has strongly impacted market volumes, especially compared with last year, when in the first quarter the market was relatively flat. In this context Ursus Breweries’ volumes fell by 19 percent against the previous year, in line with the market evolution, but sustained market share through the power of its brands,” said the VP.

“For the first quarter of this financial year (April-June 2010), we gained 1 percent market share on the same period of last year and consolidated our leadership position in Romania. This was driven by our core brands, Ursus and Timisoreana,” McKenzie concluded.

This summer Ursus is again organizing the Serbarile Timisoreana road show which will tour ten cities during July and August. Ursus has also recently launched a new brand, Grolsch, “the beer of experimentalists” and re-launched Ursus Black. The brewer is currently rolling out the Ciucas National Consumer Promotion in stores and has launched two new Peroni campaigns, Peroni Sport and Aperitivo ON, the latter taking place in selected outlets across the country in July and August.

Other brewers are also optimistic. “Despite the difficult economic context, in 2009 we registered a turnover growth of 9 percent, compared to 2008. The things which enabled us to register these positive results were: the continuous investments made in our focus brands, as well as our strategy to focus on the core assets of our business,” Jan Derck van Karnebeek, GM of Heineken Romania, part of the Dutch Heineken Group, told Business Review. “In 2010 we will further continue to invest in our business and brands, and provide quality beer to our consumers,” he added.

As part of its summer strategy, the brewer has developed the “Ciuc Premium, the taste of quality music” music platform. Ciuc Premium, one of the brands in the company’s portfolio, was the “official beer” of the AC/DC and Aerosmith concerts. It was also present within the Ciuc Summer Fest festival, which featured Faithless, Pink Martini and Gary Moore.

“By means of the concerts, we aim to directly relate to our consumers, to enrich their consumption moment, and to offer them a complex sensorial experience. Moreover, we aim to reward our consumers for their loyalty to the brand and to offer a quality beer to those who love quality music,” said Karnebeek.

Despite the drop in beer consumption, URBB, another major local player, says it has managed to maintain the same sales volumes as in 2008, and gain market share, which now reaches 9 percent. “For 2010, we are expecting a slight increase in volume sales, translated also in terms of value,” Zilberstein added.

Compared to previous years, he said that the company’s strategy has evolved in terms of “business health”. “We realized that, no matter the economic environment, we had to reevaluate our costs and contracts with suppliers, to continue developing our production lines and distribution system, as well as turning to the consumer, by developing high impact campaigns on the beer segments that interest us most,” he commented.

As for the battle plan for this summer the company has a different strategy for each brand in its portfolio. “Special product placement and promotions, point of sale visibility, as well as some BTL series of activities are a few of the components of our strategy for this summer,” added Zilberstein.

For Carlsberg, the company is organizing a series of beach football competitions and a national promotion that offers consumers the chance to win six holidays to Tenerife. In June, URBB entered the flavored beer market by launching Tuborg Tropical. This new product is bottled and sold exclusively in Romania, after some market research, said Zilberstein. It will be available on the market until September, targeting men and women alike, being a variety specially created for the summer period. The company estimated that Tuborg Tropical sales will have a 5 percent share of total Tuborg beer sales in between June and September.

Beer and sport have tempting commercial possibilities and many brewers have considered sponsoring a sports team as part of consolidating their brands. Romanian brand Bergenbier, locally produced by Bergenbier SA which is held by CVC Capital Partners, an investment fund, has sealed a four-year partnership with the Romanian Professional Football League to sponsor the First League (Liga 1) as of this month.

Bergenbier has a long tradition when it comes to sponsoring football teams. For ten years, until the end of 2008, it was the main sponsor of the national football team. In 2008, the same sponsorship contract was won by Ursus. Bergenbier SA has also announced that it will return to the color yellow which made Bergenbier one of the top brands in the beer industry as main sponsor of the Romanian national football team. This decision comes one year after the company’s former owner, AB InBev, invested millions of euros in rebranding Bergenbier, replacing yellow with red.

Bergenbier SA is the new name of the former InBev Romania. The change took place after, in December 2009, the company was sold by the Anheuser-Busch InBev group, together with its other subsidiaries in Central and Eastern Europe, to CVC Capital Partners. Bergenbier SA is part of the newly created StarBev which groups all the CVC companies active in the beer industry.

Bergenbier launches the “Friends of the Air” campaign together with Airly