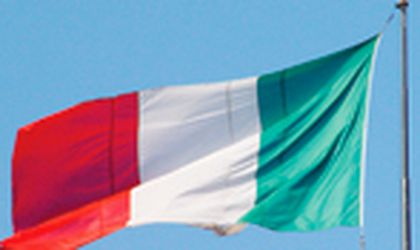 Italian companies are now looking at the infrastructure segment for business opportunities and at the production and distribution of energy, with some already working on this segment in Romania and more interested in doing so, according to Adolfo Urso, the Italian ministry of foreign affairs.
“We hope that the large Italian firms present in Romania will increase their presence here and we would like to start joint ventures with Romanian firms and together expand in the region,” said Adolfo Urso. “In the last couple of months I have met many Italians who want to invest in the energy sector here in Romania, mainly in renewable energy, but also in infrastructure and the food sector,” he added. Italian firms are also interested in participating in projects financed by EU funds.
Despite 2009 being a difficult year for firms irrespective of their ownership, in the first three months the level of investments coming from Italian companies in Romania hasn't diminished, said the Italian minister. The level of Italian investments in Romania was EUR 140 million in the first quarter of the year, according to Urso. “The level of investments will depend on the projects Italian firms will take part in,” said the minister. He cited a few projects involving Italian firms, like Ansaldi Energia in the project for the 3 and 4 Cernavoda reactors, the involvement of Finmecanica in the modernization of the Romanian defense system, and the interest of Italian firms in building the Bucharest metro.
“Our 7.8 percent contribution to the Romanian GDP may increase by enforcing the strategic partnership, despite critics and the recession. At this point we need an instrument to bring value, stabilize, monitor and guide the experience of bilateral relations,” said Stefano Albarosa, head of Unimpresa and also of Cefin Romania, at a seminar held in Rome.

Italian firms handle local financing businesses
The local subsidiary of Italian Intesa Sanpaolo Bank contributes around EUR 5 million in taxes to the Romanian state each year, having been in the top three foreign investors in Romania last year by the amount invested in the social capital of all the local companies, according to Nicola Calabro, CEO of Intesa Sanpaolo Bank. “Only last year Intesa Sanpaolo Bank received a significant investment of EUR 100 million from the mother bank to sustain the organic development strategy of our bank,” Calabro told BR.
The rebranding and the first image campaigns, development of commercial business structure and products and services portfolio, network doubling and tripling the capital are just some of the bank's achievements in 2008, he added.
Following the significant growth in 2008, this year it will about consolidation for the bank. “Our business priorities are to extend our portfolio of products and services and to position our bank as a leader in terms of the quality of service,” says Calabro. The bank was established in 1996 as a regional lender in the west of the country, and it spread to national coverage after the merger between two of the top three banks in Italy. The bank's representative says its objective is to challenge top 10 local banks in the near future. The bank has 900 employees, having grown its staff by 40 percent last year.
As for the future, “It's rather hard to make estimations and predictions in the current situation of the international markets and global economy, but we are convinced that our evolution will be a positive one and once again we intend to further grow above the average trend of the market,” Calabro concluded.
In the first quarter of this year, the bank posted an 84 percent growth in operational profit compared to the same period of last year, reaching RON 12.5 million.
Banca Italo Romena, a subsidiary of Banca Italo Romena Spa Italia Treviso, plans to develop its territorial coverage, open new agencies in Timisoara and Bucharest and also open new headquarters in Bucharest. “2009 will be a challenge for most companies, for the economy as a whole and for the Romanian banking system,” said Antonio Bianchin, general manager of Banca Italo Romena.
Last year, the bank doubled its profit to EUR 20.4 million versus 2007. In the first three months of this year the bank posted a EUR 7.7 million profit, up almost 30 percent on the same period of last year. Its portfolio of granted loans increased by 25 percent during this period.
Also in 2008 the bank increased its staff from 196 to 280 people. The bank was set up in 1980 as a joint venture between Italy and Romania in the banking sector, and it was acquired by Veneto Banca in 2000. In Romania, it runs 19 branches
and has total assets of EUR 1.2 billion.
Italian UniCredit is present in Romania through UniCredit Tiriac Bank, along with several other firms such as UniCredit Leasing, UniCredit CAIB Securities, UniCredit Insurance Broker, Pioneer Asset Management, UniCredit Consumer Finance and UniCredit Processes and Administration. The bank opened 101 new branches in Romania last year, over 30 units above the initial plans. The total investment in 2008 reached some EUR 32.2 million, most of which went on increasing the network. The bank has also put EUR 1 million into sponsoring and starting up several corporate social responsibility projects, such as environment protection, support for disabled people and cultural projects. “We have the strong support of the UniCredit Group, we have the resources, the required knowledge and an operational platform for our clients during this difficult financial time. We will explore any profitable growth opportunity once the situation stabilizes,” said Rasvan Radu, executive president of UniCredit Tiriac Bank.
The bank's net profit last year was around EUR 97.2 million last year, up 37 percent on 2007. Its operational profit grew by 48 percent compared to the end of 2007, reaching EUR 163.5 million at the end of last year.
At the end of 2008, the bank had assets of EUR 4.75 billion, while the consolidated assets in the group where the bank holds participations locally were of EUR 5.5 billion.

Italian financial group Generali has a longer history in Romania than one would expect – the first unit here was opened 1835 in Braila. In the mid 1900s, the group withdrew from the market only to make a comeback in 1993. Now Generali PPF Holding is present in the country with Generali Asigurari, Ardaf, RAI and Generali Pension Funds. Generali Asigurari, the insurance company, grew its gross subscribed premiums of BY? TO? around EUR 5.6 million, up 17.5 percent on the same period in 2007.
“This year we will focus on life insurance and non-auto insurance segments, on general retail and corporate insurances. […],” said Marie Kovarova, general manager of Generali Asigurari and coordinator of Generali PPF group in Romania.

Pirelli makes industrial hub in Romania
Italian group Pirelli has invested around EUR 250 million to create an industrial hub in Romania, which now includes a tire factory in Slatina, a metallic cord factory, and an anti-pollution filters factory for diesel cars in Bumbesti Gorj. The entire Pirellli production in Romania employs 2,000 people, with 95 percent of the production going to export, the rest being sold on the domestic market. “So far Pirelli has invested in the tire factory in Slatina alone around EUR 170 million. The financial crisis is extremely powerful and it continues to affect the car industry,” Enrico Malerba, CEO of Pirelli in Romania, tells BR. “According to our previsions, the tire factory in Slatina will achieve an annual production capacity of 4 million tires this year, taking into account the market demand throughout the year,” he adds. “For the second half of the year our estimations are optimistic. The crisis will continue but we have to underline we have seen the first optimistic signs,” says Malerba.
The factory in Slatina has completed the start-up phase and now efforts are focused on consolidating the production and continuing to increase the efficiency indexes. “To date our factory in Slatina is one of the most efficient in the Pirelli group,” said the company's representative.
The core of the Pirelli presence in Romania is the Slatina factory which produces tires for cars and SUVs. The factory was opened in 2006 and in the first year of production made 2 million tires, which increased to 3 million in 2008. “The crisis is felt in the Pirelli group too, but not so badly as to hinder our investment plans,” said Malerba.
Italian energy group Enel runs businesses in the energy supply and distribution in Romania, through Enel Energie and Enel Energie Muntenia for the energy supply side and through Enel Distributie Banat, Dobrogea and Muntenia, the three companies which distribute energy in these areas of Romania. The firm employs 5,500 people in total in Romania and has 2.5 million clients.
Enel said it would invest EUR 700 million in the next five years in revamping the Romanian energy network in Muntenia, Banat and Dobrogea regions. The firm has 30 percent of the Romanian-based energy market and the investment sum is part of the operator's investments strategy already announced in 2008.
The Italian company is also involved in the nuclear units 3 and 4 project at Cernavoda, being part of the winning EnergoNuclear consortium which will build the units. Enel has a 9.15 percent stake in the project company which will build the estimated EUR 4 billion project. The project should be completed in six years, according to previous data. The project agreement was signed in autumn last year, and is currently in the investment assessment phase.
In 2007, Alenia Aeronautica signed a EUR 219 million contract with Romtechnica, the National Company for Foreign Trade of the Romanian Ministry of Defense. The contract covered the delivery of seven air planes, with the first plane to be delivered at the end of 2008. However, the delivery has been delayed several times, with the latest deadline set for July this year.
The Italian firm also signed a more recent deal, a $37 million contract sealed last year for the delivery of aircrafts to Romanian airline operator Tarom. ATR aircraft manufacturer is an equal partnership between Alenia Aeronautica and EADS.
The local division of Italian holding Cefin, Cefin Romania, started in 1995 as a dealer of Iveco trucks, and has expanded meanwhile both on other market segments and regionally, in Hungary and Bulgaria. Now the holding includes the Iveco franchise, Cefin Automotive, Eurobody, 4Bus and Cefin Real Estate Asset management. In 2007, the group posted a total turnover of EUR 270 million and a 3 percent pre-tax profit. The firm has been running real estate projects in Romania since 2001, with total value of managed projects reaching EUR 800 million, according to previous data from Cefin. The holding employs 1,400 staff in Romania.
Recently, the firm's representatives estimated a decreasing turnover for this year, down almost 20 percent on the previous, when it made around EUR 300 million. The Cefin Holding is controlled by the Albarosa and Orecchia families.

Geox sells factory in Romania but keeps retail presence
Italian footwear producer Geox, which used to run a factory in Romania in Timisoara but has recently sold it, is planning to increase its Romanian presence after this sale by opening new stores through franchise. For this year another store opening is planned, adding to the existing five. Prior to the sale, Geox had invested around $70 million in the Timisoara factory, which was sold to VT Manufacturing after Geox decided to amend its production strategy. The factory in Timisoara was only meeting 5 percent of the group's production, the rest being covered through outsourcing. The new owners of the Timisoara factory will work with Geox and continue producing for the firm.
Real Estate Advisory Group REAG, member of American Appraisal, entered the Romanian market in 2006 by opening an office in Bucharest. The American group is involved in real estate transactions, acquisitions, sales, fusions and feasibility studies, along with real estate management and technical consultancy. REAG was created in 1992, to offer independent specialized consultancy services in real estate. Locally, REAG has evaluated together with Regatta, the properties on investment fund Lewis Charles Romania.
corina.saceanu@business-review.ro