Deloitte analysis: the local mergers and acquisitions market was dominated in 2021 by strategic investors 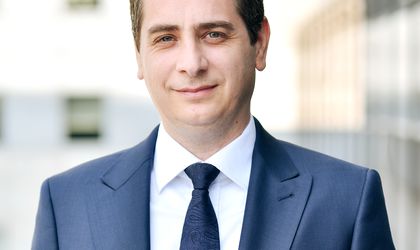 Strategic investors were the most active buyers on the local mergers and acquisitions market (M&A) in 2021, with over 60% of the total number of transactions, followed by institutional and private investors (20%) and private equity firms (17%), according to a Deloitte Romania analysis. Most of the foreign strategic investors involved in transactions on the local market are from France (18%) and Austria and Germany (16%).

Other countries that have been active on the local market in previous years, such as the US and the UK, had investors involved in 2021 in only 8% and 3% of the transactions, respectively. The data refers to the 137 transactions with a value of over 5 million euros announced in 2021, according to the Deloitte Romania analysis, a volume that marked a record market level the past year. In terms of total estimated value, calculated for both disclosed and non-disclosed transactions, the local market amounted to approximately 4-4.4 billion euros.

“It is worth noting that over 50% of the transactions monitored in 2021, both in number and in value, are represented by takeovers of local players by other local players. This is an indicator of the Romanian M&A market’s maturity, a market where local players play an increasingly important role. I also hope that more local companies will make acquisitions outside the country in order to expand regionally. It is also worth pointing out that the transactions’ average value was 27 million euros in 2021, which shows that the Romanian market is effervescent, dominated by small and medium transactions, a trend that will most likely continue, given the level of development of an important number of locally active companies,” said Radu Dumitrescu, Financial Advisory Partner-in-Charge, Deloitte Romania.

The effects of the crisis generated by the COVID-19 pandemic have been minor, as the value of the local market has remained relatively constant since 2018, unlike the impact of the financial crisis, which led to the market crashing from around 5.5 million euros in 2008 to 1.3 million in 2009 and 0.9 million in 2010.