Invest Romania must catch up with other European investment promotion agencies

The role of investment promotion agencies is more important now and Romania could learn from other governmental bodies focused on Foreign Direct Investments (FDI).

Invest Romania, the Romanian government’s body responsible for promoting foreign direct investment into the country, has come out only on 9th place in a top 10 new report released by Emerging Europe looking at investment promotion agencies (IPAs) across the emerging Europe region.

“As soon as countries went into lockdown, it was clear that the Covid-19 pandemic would cause a drop in global foreign direct investment flows,” says Andrew Wrobel, founding partner of Emerging Europe, the London-based intelligence, news and community platform which produced the report.

With a score of 92.11 out of a possible 100, Enterprise Estonia, the Estonian government’s agency for FDI, has come out on top in a major new report looking at investment promotion agencies (IPAs) across the emerging Europe region. Invest Lithuania ranked second, followed by CzechInvest. 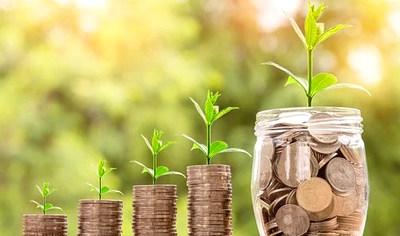 Foreign direct investments are projected to plunge by 40% in 2020 due to the recession caused by the Covid-19 pandemic. “Developing and emerging economies are expected to be the worst affected with export-oriented and commodity linked investments projected to be severely impacted. The decline in FDIs may transform international production and increase sustainability”, said United Nations Conference on Trade and Development (UNCTAD).

The projections are based on UNCTAD’s new report World Investment Report 2020. The report estimates that FDI will decline below $1trillion for the first time since 2005. FDI is expected further decline by 5%-10% in 2021.

FDI to Romania at the start of 2020 was 70% less than the same period in 2019. This slow start to the year will only be amplified as the health crisis deepens

The Investment Promotion agency (Invest Romania) and local authorities should proactively work with foreign investors who have plans for investments and speed up the relevant procedures instead of waiting for the pandemic to end before doing so. Now is the right time for Romania to further step up its efforts to attract investment from specific countries like USA and Western Europe.