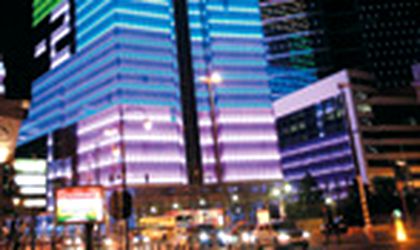 In the past few years, talk on
the rising oil and gas prices has been directly linked with the debate on CO2 emissions and global warming.
Jiri Schneider, program director at Prague Security Studies Institute, told Business Review that the hunger for energy and resources is actually squeezing the room for maneuver, and depriving individuals of freedom in a way.
According to him, this topic has become a highly political agenda because the lifestyle of the developed world involves a very high supply of energy.
“We often take it for granted that the air conditioning is on, light, we can buy fuels anywhere, we just switch a button and heat our houses, and we are building newer and newer houses. But this is not the common standard around the world, which means that we are driving this competition for resources by our way for life,” said Schneider.
In his opinion, the interesting thing is that the demand is not driven by industry. “In the developing world you have the phenomenon of increasing energy efficiency in industry, so it is not driven by industry, but by private consumption. Industry is by definition driven towards energy savings,” he said.
The Prague Security Studies Institute representative believes that security policies directly pertain to the topic.
For instance, it is relevant that more than 90 percent of the oil producers are not international corporations like Exxon, BP and Shell, but are national companies with are owned by countries such as Venezuela, Iran and Russia. These state-owned companies are responsible for more than 90 percent of the total production.
“Where will the revenues from the sky rocketing price of oil go? So, one of the problems is this inability of oil and gas producing companies to spend acquired wealth for the well-being of its citizens,” said Schneider.
In his opinion another problem is the high growth of demand in Eastern countries and that the international community cannot deprive developing countries like China and India of the same supply of energy.
These issues are at the heart of today's high oil prices, says the program director, and this is why we need ‘shocks' to realize that we are living in an unsustainable way.

Oil and energy prices – where next?
Europe's situation is particularly desperate because it has to import everything, as there are few resources left. “Gas production in the North Sea is going to decrease. There is a limited amount of gas in Algeria and also gas in Russia.
The expectations are that the imports from Russia will become more and more dominant,” says Schneider.
Analysts estimate that gas prices will double in Western Europe countries next year, a fact that will be translated into an increase of prices and inflation, says the consultancy firm Cambridge Energy Research Associates (CERA), quoted by the Financial Times. In making their prediction, analysts took into account the price of the oil barrel since a year ago, USD 70, the current price of USD 145 and the period of nine months in which the price of gas correlates with the price of oil.
The calculations lead to a result of USD 730 per 1,000 cubic meters of gas in April-May next year, from USD 350 at the beginning of this year.
Any price increase on the gas market will lead to a price rise for electricity, because in general gas is used to produce energy. The bills for electricity, gas and heating fuels represent 5 percent of the EU consumer's expenses.
“While exports in the Euro zone are slowing down, the people believed that this trend would be compensated for by consumption expenses. But what happened was an accelerated increase of inflation, which dented purchasing power and consumer trust,” said Howard Archer from the consultancy firm Global Insight.
Recently, Jonathan Stern, from the Oxford Institute for Energy Studies, said that there was “no reason which could justify this high price of gas.”
He added that the current gas prices do not reflect the real market demand for gas, especially taking into consideration that in the last two years European gas consumption has decreased.
The situation could worsen if certain voices get their way on a market where supply and demand do not set the rules.
Recently, Alexei Miller, president of Gazprom, said that oil prices could reach USD 250 per barrel next year, while Hugo Chavez, the president of Venezuela, said he thought it could reach USD 300. Under this scenario, gas prices will peak in 2010.

Solutions on the table – but are they just a load of hot air?
Alternative scenarios – renewable energy and bio-fuels – are constantly invoked when industry players are discussing this topic.
But even if these options look great on paper the reality shows that some are good ideas, some aren't.
“Sometimes it does not make sense to produce bio-fuels because when you add all the energy used on drilling, transporting and producing, at the end you have more CO2 emissions that if you had been using oil in the first place,” says Stanislav Kolar, managing director of Blackstone Global Ventures.Schneider believes that the long-term solution for this problem is to appeal to new, more efficient technologies.
“I think what we can do is to rely on technology, because all technologies which could save energy, and use alternative sources are there, but not yet in line production. There is a need to boost private investment in this. Government money alone will not solve the problem,” said Schneider.
Steps in this direction have already been taken, albeit small ones.
Elon Musk, who co-founded PayPal, has developed a battery-powered sports car. Larry Page and Sergey Brin,
the founders of Google, have started a group called Google.org that is searching for a way to make renewable energy cheaper than coal.
Vinod Khosla, one of the founders of Sun Microsystems, is turning his considerable skills as a venture capitalist towards renewable energy and Sir Richard Branson is getting in on the act with his Virgin Green Fund.
Moreover, traditional companies are also taking an interest. General Electric (GE) already has a prosperous wind-turbine business and is gearing up its solar energy
business. Meanwhile, BP and Shell are sponsoring both academic researchers and new, small firms with bright ideas, as is DuPont, one of the biggest chemical companies.
“There are huge reserves of oil in Canada but the price of getting that oil out was so high it was considered unacceptable when the oil price was some USD 30 per barrel. Now, when the price has reached USD 150, yes, we could make a good margin of profit exploiting the Canadian reserves of oil, for example,” said Schneider.