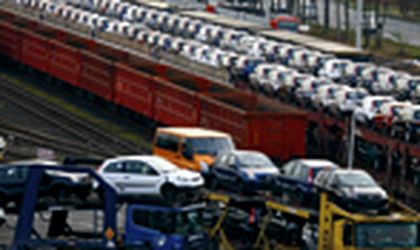 With the end of the year in sight, most car importers draw the line and add up their sales. Up until now the results look impressive: most car importers announced increases from 40 percent up to even 115 percent compared to last year's results. “We registered sales growth of 50 percent for BMW and 115 percent for MINI, in the first ten months of this year compared with the same period in 2006,” Michael Schmidt, GM of Automobile Bavaria told Business Review. Romcar representatives say as well that “the company started this year with a sales target of 17,500 cars, but estimates to overpass the barrier of 20,000 units sold.”
These are not single cases of companies that pressed the sales pedal. “In the first ten months of this year we sold 15,513 Opel units, an increase with 75 percent compared with the same period from 2006. Also, 11,124 Chevrolet cars were sold on the local market, a rise of 93 percent compared to ten months from last year,” said Florentina Stoica, PR manager at Opel & Chevrolet General Motors Southeast Europe. In turn, Renault officials say that the sales engine will reach this year approximately 30,000 Renault cars, an increase of 40 percent compared with last year when Renault sold 23,500 cars.

The star car models
There are some key car models that speeded up sales this year.
“Megan Sedan Renault registered a growth of 93 percent at the end of October 2007 compared with the first ten months from 2006 and Clio doubled sales in the same period of time,” says Jacques Daniel.
BMW officials say that they still bet on BMW models to bring them the best part of sales, but a nice surprise comes from MINI. According to Automobile Bavaria GM, MINI has registered in July a volume of sales at the same level of the entire 2006.
The newcomers on the market, Mazda6 and Mazda3, improved the sales numbers of the local importer. “We plan to end this year with 1,001 units sold. The models that registered the most considerable sales were Mazda6 with 242 units compared with just 110 cars sold last year and Mazda3 with 215 units from 105 in 2006,” said Cristian Rigu, country manager of Mazda Romania.

Key factors for sales increase
One economic aspect that boosted importer's sales volumes was the increase of the local buying power. “Because of the economic improvement we registered a raise of sales especially on the individual segment. This trend is a normal one being more close to mature markets,” said Dragos Magdalina, sales manager at Romcar. On the other hand, the Renault commercial manager says that other factors that were the basis for this progress was the program for the renewal of the Romanian car park and the diversity of financial offers provided by banks and leasing companies. “If we will take into account 30,000 cars sold at an average price of EUR 14,000 Renault will report just from selling cars a turnover of EUR 420 million,” calculates Jacques Daniel.
Other market representatives see the important increase just as a result of the positive trend of Romanian car market has registered in the last years. “We have not witnessed any major changes in the economy climate in the last years. This is why I consider that the new numbers are just a consequence of the same growth of the local car market registered in the last years,” said Michael Schmidt.

Great expectations for 2008
“The Romanian auto market, excluding local producers Dacia and Daewoo, represented a total of 134,008 units sold at the end of last year. I think, this year total sales will reach 186,526 units and for 2008 we estimate 210,000 cars that will be sold,” says the country manager of Mazda Romania.
To speed up sales, importers have in-line launches of new car models. At the beginning of next year, Renault will begin to sell the New Laguna and towards the middle of 2008 it will launch on the local market a SUV Koleos. Next year the advertising budget will increase by 10 percent, especially because of the launch of new car models.
News will be heard also from Automobile Bavaria. “Next year, BMW will launch a premiere, BMW X6, and we are also trustful of the success of the new BMW Series 1 Cabrio,” says Schmidt. Also, Mazda Romania announces new arrivals. More exactly, in the first quarter of 2008, the company will launch Mazda5 with a face lift and the diesel version of new Mazda2.
Besides new models being launched internationally-known companies plan strategic investments. “GM has opened 10 more locations this year for both Opel & Chevrolet, the average value of each investment being of EUR 1.5 million. We estimate that the number of dealerships will reach 32 locations until the end of the year. In 2008, GM will keep expanding the dealers' network and estimated to reach 42 dealerships,” declared Florentina Stoica. Renault will also focus to expand the network. “At the moment, Renault has the most complex distribution network: 40 concessionaires with 52 showrooms and 43 service units. The investments value varies depending on the area and the size of the business and is between EUR 1.5 million and EUR 5 million,” says the Renault commercial manager.