IMF: Recent changes that affect the financial system to curtail loans for population 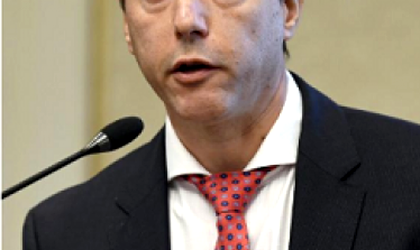 The recently passed laws in the Parliament that bring modifications to the financial system will result in curtailing the loans given to the real economy and will negatively affect the financial stability, Alejandro Hajdenberg, the resident representative of the International Monetary Funds for Romania and Bulgaria, according to Agerpres.

Hajdenberg said that the IMF has warned the Romania authorities on this aspect in the last report released on the occasion of the consultations regarding the Article IV, when the said measures were still in debate.

He added that, apart from diminishing the loans given to the real economy, the above-mentioned fiscal measures will also slow down the solving of the non-performing loans’ matter, meaning that they will negatively affect the financial stability.

According to Hajdenberg, the IMF is still assessing the decisions regarding the new fiscal-budgetary measures comprised in the OUG adopted last week by the gov’t.

As I said when talking about Article IV, the medium-term policies’ predictability and orientation are important to support the long-term economic growth and assure Romania’s convergence with the EU higher living standards, he added.

Moreover, added he, the last report released on the occasion of the talks on Article IV stresses the need to make an analysis of the pension system’s sustainability, whilst it is guaranteed that its social protection targets are met.