How Romania’s investment promotion agency compares to its foreign counterparts 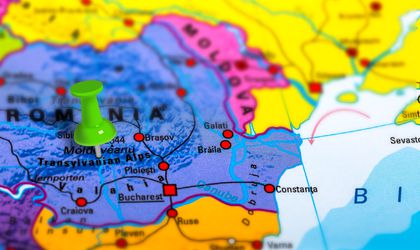 The Romanian government has finally approved the establishment of the Romanian Agency for Investments and Foreign Trade. To envision the ideal design of the new agency, we should look at the development course of Invest Romania, the earlier version of the country’s foreign investment promotion organisation, which the new agency will absorb.

Invest Romania comes in 8th in Europe’s overall ranking of investment promotion agencies, which is based on Emerging Europe’s annual investment promotion survey. Romania ranked in the same place as last year, having seen its highest ranking in 2019 in 5th place, and its lowest in 12th place in 2018. Remarkably, Invest Romania scored high this year for validity of information and support for community building, but obtained low scores in other categories, namely online presence and ease of use, innovativeness, creativity, and response to current developments.

WHERE ROMANIA DOES WELL

Romania’s current agency ranks well in terms of the validity of the information provided to stakeholders. This component looks at how reliable, valid, and up-to-date the content of an IPA’s website, social media, and newsletters is. For example, the website of the promotion agency should offer up-to-date information about available incentives, its social media channels should be used regularly, and posts should target global investors with relevant information. Another critical criterion is the agency’s capacity to offer up-to-date information about the country’s tax system and macroeconomic conditions.

Invest Romania, in partnership with Adecco Romania, launched a 2022 Guidebook for Investors that shows how the covid-19 pandemic has impacted the growth and stability of the Romanian market, as well as how the impact was mitigated by swift economic measures. Furthermore, fresh official data were released during the drafting of this material: in April, the International Monetary Fund launched the World Economic Outlook, which estimates an economic growth of 2.2 percent of real GDP by the end of 2022.

Since 2018, Emerging Europe has been researching how the region’s 23 national investment promotion agencies (IPAs) communicate their value proposition and how they use their digital channels to grab the attention of potential investors and highlight the various business opportunities offered by key sectors.

This year, the Invest Moldova Agency dropped out of the top five but still reached the top 10, holding the seventh position. Despite its lower score for the validity of information component, the Moldovan IPA improved its scores in the other categories.

By comparison, Invest Romania is doing well in terms of support and community building, which means that its online platforms provide information regarding what forms of assistance IPA staff can offer investors in the country and explain how its advisers handle inquiries from potential investors and how they manage aftercare.

WHAT WE CAN LEARN FROM ESTONIA’S CASE STUDY

For the third year, Invest Estonia and Invest Lithuania have taken the top two spots in the ranking. This year they were followed by CzechInvest, Ukraine Invest, Invest in Georgia, and the Investment and Development Agency of Latvia (LIIA).

The Estonian IPA has been leading the ranking for three consecutive years and it is the only agency to have received the maximum score for the innovativeness and creativity component. Interestingly, in the first edition of the ranking, Estonia ranked 14th. Invest Lithuania, the winner of the first two editions of the list (2018 and 2019) received a higher score than Invest Estonia for online presence and ease of use.

What can we learn from Estonia’s case study? The agency is using technology to help potential foreign investors learn about Estonia’s business opportunities. Better informing potential investors can help overcome one of the biggest global issues around FDI, namely the problem of asymmetrical information among business decision-makers. This is especially acute in the case of emerging markets, where there are often limited resources for investment promotion.